Honda has showcased its new generation 'super cruiser', the 2018 Honda Gold Wing, at the 2017 Tokyo Motor Show. The all-new 2018 Honda Gold Wing is more compact than its predecessor while also weighs about 40kg less. Two versions of the motorcycle will be on offer, a standard Gold Wing and a more tech and feature-rich Gold Wing Tour. The Gold Wing Tour is the flagship version and gets a trunk that doubles up as backrest and armrests for the pillion and a taller windscreen apart from other changes. The standard Gold Wing essentially replaces the F6 Bagger, doesn't get the rear trunk and gets a smaller windscreen than the Tour. It also misses out on electronic suspension adjustment and a few other features. Both motorcycles still come powered by Honda's horizontally opposed six-cylinder engine that now displaces 1,833cc. Another big update is that the 2018 Honda Gold Wing is the first motorcycle to feature Apple CarPlay integration. 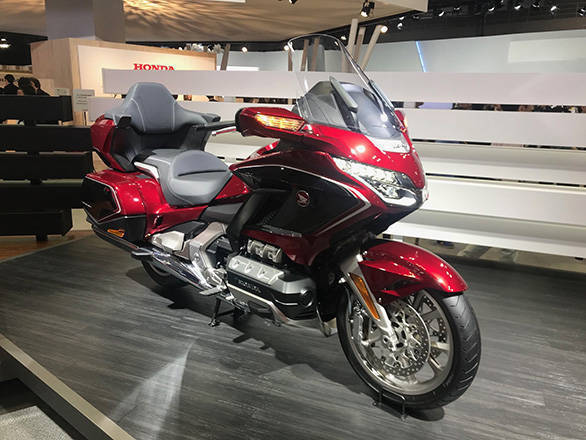 The engine uses four valves per cylinder now instead of two to improve efficiency along with a Unicam head arrangement. Basically, the camshaft acts directly on intake valves while acting on the exhaust valves via rocker arms to boost efficiency and reduce losses. The engine bore is down by 1mm while the stroke is up by 2mm making the motor perfectly square as bore and stroke both now stand at 73mm.

The crankshaft and intake have been redesigned too and on the whole, the engine is more compact in size and lighter in weight. It comes mated to either a conventional, six-speed manual transmission or a seven-speed DSG. The engine is also placed further towards the front end for better weight balancing and an improved centre of gravity. The lower weight and revised placement of the engine, says Honda, is hugely responsible for making the new Gold Wing a sportier handler. 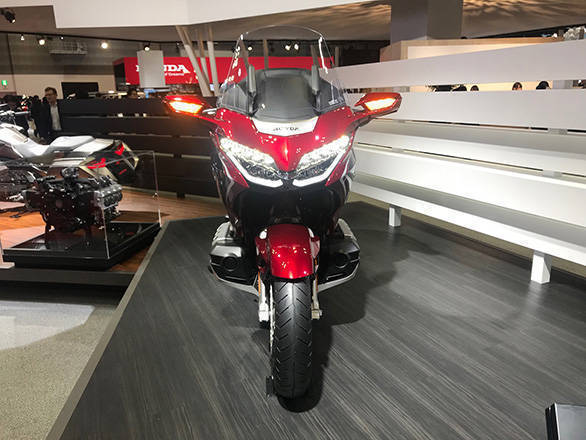 Another major highlight is the double wishbone suspension up front that Honda claims reduces rider effort for steering the motorcycle and also improves handling further. Honda claims front end feel and stability on the new Gold Wing have thus improved vastly. Shock absorbers from Showa perform duty at both ends, and the Tour, as mentioned before, also gets electronic adjustment. The new Gold Wing is significantly lighter now, by over 40kg, which goes without saying, should aid handling too. 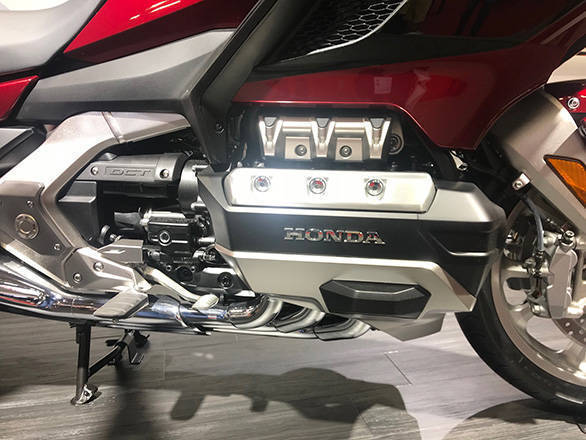