Niki Lauda, three-time Formula 1 champion, has died aged 70. The Austrian claimed driver's championship titles in 1975, 1977 and 1984. More recently, Lauda was the non-executive chairman of the Mercedes F1 team, and a TV presenter.

Other than his career as a race car driver, Lauda also took to aviation, becoming a pilot, and successfully launching two airlines. However, Lauda's biggest moment came in 1976, when he suffered a horrific crash at the Bergwerk corner of the Nurburgring. A crash that not only was very nearly career-ending, but near fatal. Last rites were performed in the hospital. However, Lauda, with his indomitable spirit, managed to make a full recovery, returning to the cockpit of a Formula 1 car just six weeks after his accident. It was one of the sport's most heroic and successful comebacks. That same year, at the season-ending and rain-soaked Japanese Grand Prix, he chose to pull into the pits and retire from the race, saying that the conditions were too dangerous. He lost the championship to James Hunt by one point that year. However, he won his second title with the Scuderia Ferrari team the very next year.

Lauda retired from F1 in 1978, but made a comeback to the sport in 1982 with McLaren. He claimed his third world championship in 1984, and retired from the sport for a second-time the following year.

Over the years, Lauda had become one of the most influential figures in motorsport, serving as a consultant to the Ferrari team, and also as the team principal of Jaguar in the early 2000s. Since 2012, he was part of the Mercedes AMG F1 team. 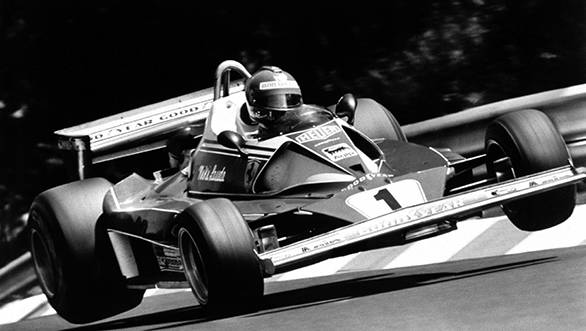 Lauda had been in ill health since last August, when he underwent a lung transplant. He made a recovery, but contracted influenza earlier this year, that led to him being hospitalised once again.

His family released a statement that said: "With deep sadness, we announce that our beloved Niki has peacefully passed away with his family on Monday. His unique achievements as an athlete and entrepreneur are and will remain unforgettable, his tireless zest for action, his straightforwardness and his courage remain a role model and a benchmark for all of us."

He is survived by his wife and five children.

Lauda is a legend in the truest sense of the word, and his loss is a huge blow to the motorsport community.