The eighth generation of the Porsche 911 sportscar is here

Porsche has launched the eighth generation of its iconic sports car, the Porsche 911. And like the seven generations that came before, this 992 model designated car doesn't seem to differ all that much from its predecessor. But a closer inspection shows that a complete overhaul has taken place. The exterior of the new 911 gets a slightly more muscular look, by way of the more pronounced wheel arches, the recess in the bonnet is reminiscent of the earliest 911s and a wide rear track that will remain unchanged across models. The front is 45 mm wider, a fact accentuated by the new horizontally slated grille design. This sense of width is carried over to the rear with the larger rear spoiler, the new engine cover and the full-length LED light bar. The headlamps and taillamps are all LED and sleeker. The body is now all-aluminium and gets a more seamless look by way of the pop-out door handles. There are staggered wheel sizes now, with 20-inch fronts and 21-inch rears. 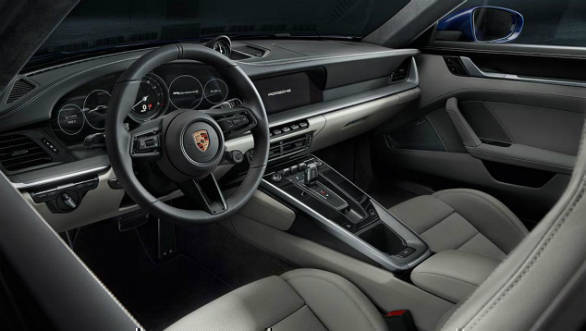 The interior has been completely revamped and now gets the sharper design from the new Cayenne and Panamera. This means a lot of flat, angular surfaces, capacitive touch buttons and then a 10.9-inch infotainment screen. Below this, a bank of five toggle switches has been provided to access important function. The navigation system is now an online swarm data-based system.
The instrument cluster carries an analogue rev counter but in keeping with the traditional five pod layout gets, the dial gets two screens on either side.

Details of two variants have been revealed. The 911 Carrera S and 911 Carrera 4S are powered by a heavily revised version of the last gen cars' 3.0 litre turbocharged flat six. Notable changes are a new intake system, a repositioned intercooler setup, new housings for the turbo, piezo injection and a new exhaust system which comes with a particulate filter. 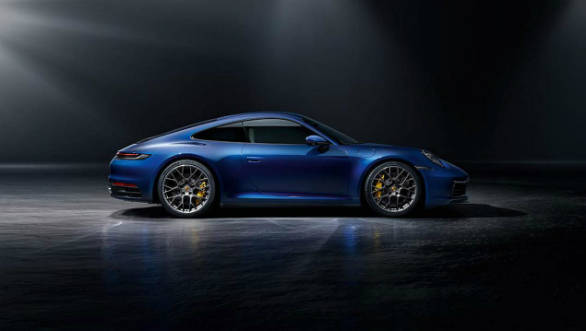 The Carrera S models now make 450PS, an increase of 30PS over the last cars. The rear wheel drive S gets from 0 to 100 in 3.7s and the all-wheel drive does this run in 3.6s. Top speeds are 307 kmph and 306 kmph respectively. Both are mated to a new eight-speed PDK automatic.

The 992 generation 911 also gets new assistance systems like a wet driving mode. A thermal imaging camera has been added as well. Other than this the usual suite of active safety features found in most modern cars like brake assist, adaptive cruise control option includes automatic distance control, stop-and-go function, reversible occupant protection and an autonomous Emergency Assist function, are available. 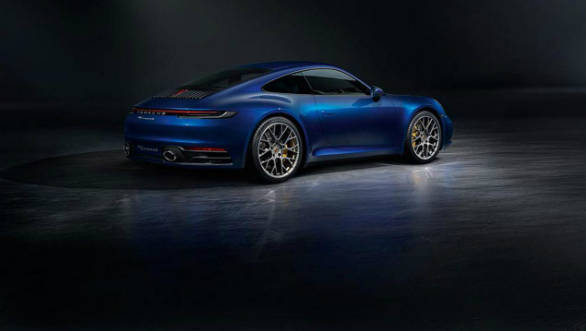 Both cars are on sale now internationally and should make their way to India in the next few months. Expect it to be priced above Rs 1.5 crore when it arrives here. The 911 is an icon of the motoring world, having built the Porsche brand single-handedly through its mix of motorsport ready performance, practicality and quality. The new 992 cars seem to do what every 911 before seems to have done and set new standards for cars in this class. 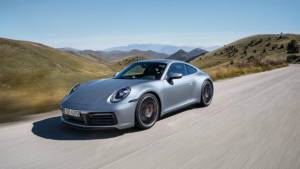 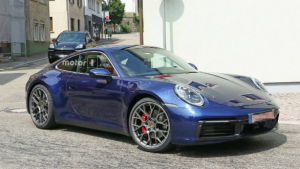