Not many are aware that India has one of the finest collections of vintage and classic cars. Thanks to our many maharaja's and some wealthy merchants and businessmen, India under the British Raj, was one of the biggest markets globally for the finest car makers in the world. Several of these cars were bodied by well known coach builders and the designs were usually unique to India. 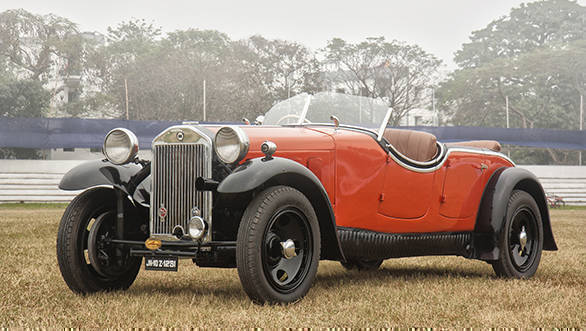 The body style and design is so smart that at first glance you cannot make out this is actually a four door saloon!

Gautam Sen, the father of Indian automotive journalism and a celebrated author, launched on 7th December 2017, his latest book- 'The 101 Automotive Jewels of India'. This is a must read book for any auto enthusiast and also for those associated with the automotive industry. Amongst the many 'Jewels' that Gautam writes about, is a 1931 Lancia Dilambda, an interesting and rare car for sure. But what is more important is that it was designed by the world famous Pinin Farina the renowned design house, which since December 2015, has been under Indian ownership, after the Mahindra Group took a controlling stake in Pininfarina!

Chapter excerpted from the book-

If the Lambda marked the very cutting edge of automotive technology in the 1920s, Lancia's flagship modelfor 1929, the Dilambda seemed to be a step back in time. But there was a reason for that. The Dilambda project began in 1926 when Vincenzo Lancia decided to develop, for his wealthier clientele, a more modern follow-up of the famous Lancia Trikappa, to be powered by a large eight cylinder engine of 3.0-3.5 litres. 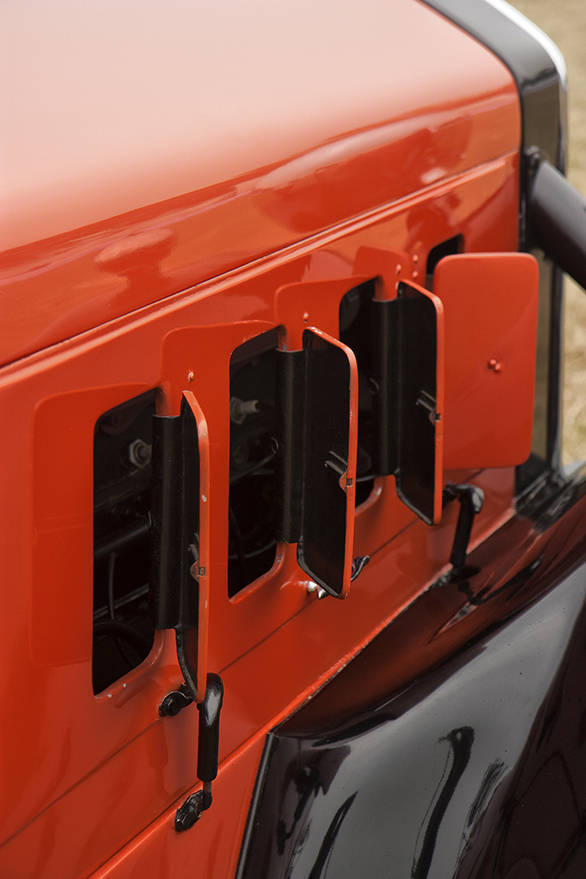 And like the Lambda, it would also be a monocoque. It so happened that a rich American customer, a certain Mr Flocker, when visiting the Lancia factory in Turin, succeeded in convincing Vincenzo Lancia that the brand could profit considerably by exporting to the US a model better adapted to the American market. Without even discussing with his closest collaborators, Vincenzo Lancia abandoned the project in progress, and instead reoriented the design of the new model towards a much larger car than planned. Convinced that the load-bearing monocoque structure would not work for a significantly larger and heavier model, Vincenzo Lancia instructed the design office to develop a traditional ladder frame chassis. The first prototype of a chassis made was patented in June 1927 and improved upon by January 1928. A second patent described the chassis as a box-shaped 'X' with a longitudinal beam for the passage of the transmission shaft, incorporating the fuel tank at the rear.

The new engine developed for the Dilambda was another innovative concept: a narrow angle (24°) V8 of 4.0-litres. With maximum power of 100bhp at 3800rpm, and famous for its excellent tractability, the car was known for its ability to start on fourth (its top gear) without the slightest hesitation. Amongst the many innovations that would make the Dilambda a real marvel were the silent-blocks at each mounting points, an engine lubrication pump of a new design, a thermostat for the regulation of the temperature of the cooling system's water, and a 'centralized' grease point for the chassis.

When put into series production in 1929 (with a dozen-odd pre-production vehicles rolling out in 1928), the Dilambda was on offer with a choice of either a factory-fitted saloon body style or a tourer, though most of the Dilambdas left the factory in bare chassis form, to be bodied by some of the most famous carrozzerias (coachbuilders) in Italy, as well as some leading ones in France and elsewhere. 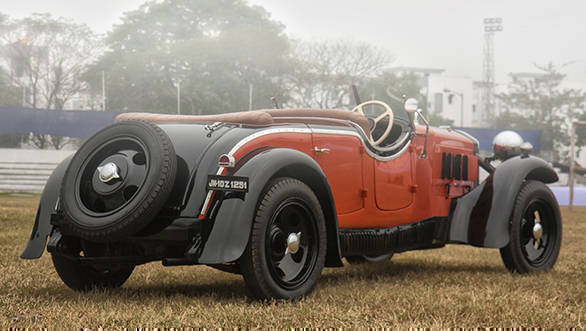 This beautiful Lancia Dilambda was designed by Pinin Farina

With detail improvements, the Dilambda was produced in three series and two wheelbases. From 1929, to the end of production in 1935, a total of just 1,685 were made. If the numbers do look rather exclusive, one must remember that the Wall Street stock exchange crash of 1929 managed to wipe out many automobile marques as the demand for middle and top end cars collapsed altogether. The Dilambda, incidentally, in just chassis form cost more than three times the price of a Fiat 514 tourer.

Not many Dilambdas made it to India either, and just a handful survive in the country today. Mumbai-based collector Hemant Ruia has one very beautiful Dilambda tourer, and there is one in Pranlal Bhogilal's Auto World Vintage Car Musuem, near Ahmedabad. Both have been bodied by Carrozzeria Viotti, the Turin- based coach-building firm founded by Vittorio Viotti. One of the first of Italy's coachbuilders to set up a proper production line, Viotti supplied bodies to Alfa Romeo, Fiat and Lancia.

The other 'official' coachbuilder to Lancia was Carrozzeria Pinin Farina. Battista 'Pinin' Farina (who became Battista Pininfarina in 1961) was born in Turin on November 2, 1893 (passing away on April 3, 1966). Second last amongst eleven children, Battista's father, a Piedmontese farmer, had moved to the capital of Piedmont (Turin, that is) to find work there. Battista's original surname was Farina, 'Pinin' was his nickname, meaning 'tiny' in Piedmontese, which he kept as the trade name. In 1899, his father found work in a new company: Fabbrica Italiana Automobili Torino (FIAT) founded by a certain Giovanni Agnelli. Self-taught, the young Battista started as an apprentice in the garage of his brother Giovanni Farina (whose son Giuseppe became the first F1 world champion), frequented by automotive personalities like Giovanni Agnelli and Vincenzo Lancia. In 1930, Battista founded his own company, Carrozeria Pinin Farina, at 107 Corso Trapani in Turin,and in the first year of activity 42 bodies were produced, with 90 workers. 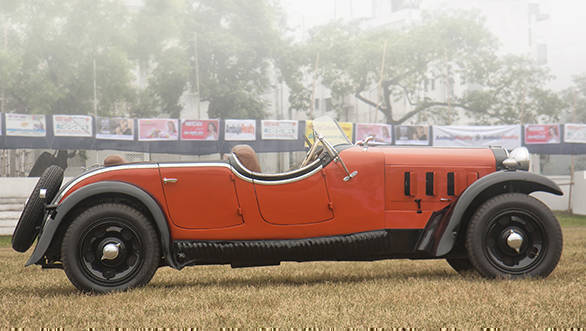 One of the earliest clients of the coachbuilding firm of Pinin Farina was a certain Sawai Mahendra Vir Singh Deo, the Maharaja of Orccha, an erstwhile princely state in Madhya Pradesh, near Khajuraho. The maharaja ordered a rolling chassis of Cadillac's latest flagship model, the V16, in 1931, and had it shipped out to Turin, for Pinin Farina to build a striking boat-tail roadster style body. Though this car was spirited out of India in the 1960s, it still survives in the US, and is one of the earliest Pinin Farina coachbuilt specials extant in the world.

Another equally early Pinin Farina coachbuilt special could be the car on these pages. This Lancia Dilambda, chassis # 27-921, is a Series 2 Dilambda from 1931, as confirmed by Massimo Castagnola, from Lancia's historical department within Fiat Chrysler Automobiles (FCA). Apparently, Kolkata-based Prahlad Rai Agarwal's Lancia has been in the family since new. 'Rediscovered' in a family-owned 'godown' in Salanpur (West Bengal) as recently as in 2004, the car has been restored by Sanjoy and Rajiv Ghosh twice, the second time in time for the 2011 edition of the Cartier Concours d'Elegance where, in orange and black livery, it was voted the favourite amongst the ladies.

The body style is indeed unique and very stylish. As the sill plates hadn't survived, it wasn't known who the coachbuilder may have been. But as the images of a Lancia Dilambda with Pinin Farina coachwork on the next page hints, that this car may very well be the one in the image, or could be another very similar design proposed by the Italian maestro. The swage line and detailing are strikingly similar. The main difference is in the dual cowl arrangement of the car in the image, with its second pair of windscreens, which may have been removed or altered at some point of time. Or there may have been another variant on offer by Pinin Farina that we may not be aware of.

As Pininfarina's historical archives from the very early years are no more, they could not, with complete surety, confirm our hypothesis. But several historians and design experts including Delahaye marque expert Jean-Paul Tissot and Christian Descombes believe that this is indeed an early Pinin Farina creation.

Prominent Italian automotive historian Paolo Giusti says: ""The body, in my opinion, is a Pinin Farina (with 90 per cent surety)" Assuming that the experts are correct, this car has a very special historical significance as it is one of the oldest designs extant (in India!) from the design house which, since December 2015, has been under Indian ownership, when the Mahindra Group took a controlling stake in Pininfarina! 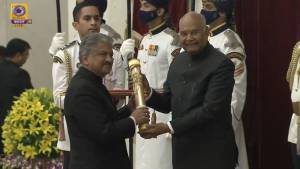