Tata Motors have launched the Ultra ILCV trucks, based on the Ultra platform that has been used to develop buses. The Ultra 812 (Rs 10.11 lakh) and the Ultra 912 (Rs 10.76 lakh) ex-Delhi, are the first two models of this range which will be available across all authorised Tata Motors commercial vehicles dealerships.

The chassis, with its bolted design for increased modularity, is claimed to be the strongest in the segment. The Ultra range is equipped with disc brakes in front and drums at the rear for increased safety and tubeless tyres (making them a first in the industry) for enhanced fuel economy. 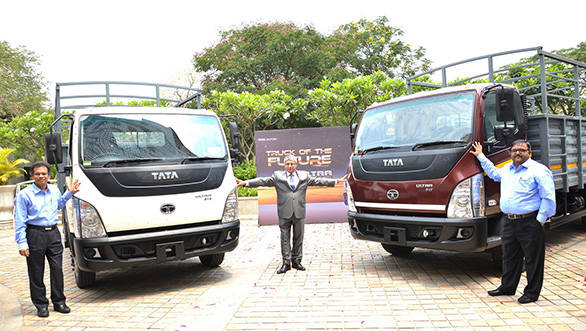 Speaking at the launch, Ravi Pisharody, executive director, commercial vehicles business unit of Tata Motors, said, "The Tata Ultra is a result of extensive feedback from customers and an immersive study into the lives of drivers to understand their expectations from their vehicles in the ILCV segment. Keeping in mind the changing needs of customers and changing technology, we have once again taken the pioneering step in India's commercial vehicle industry by launching the Tata Ultra range of trucks."