Tata Motors extended its international presence by launching the new generation of its Prima range of trucks in Nepal, in partnership with Nepal's Spiradi Trading Private Limited.  The company launched a number of variants to cater to different segments such as the Prima LX 2523 K for the tipper segment and the Prima LX 2523 T, Prima LX 3123 T and Prima LX 4023 S for the cargo segment. Tata has billed its new range as the Prima World Truck since it is built using equipment and expertise from various countries such as gearboxes from Germany, engine technology from the US and Europe and chassis frame knowledge from Mexico among many more. 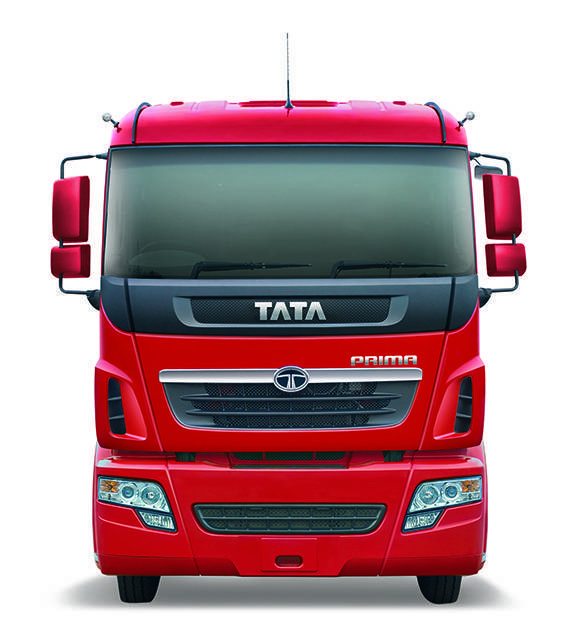 Speaking at the launch, RT Wasan, head, International Business, Commercial Vehicles Business Unit, Tata Motors said, "The launch of the Prima range in Nepal, is an important milestone in Tata Motors' continued expansion in the Nepalese market and the SAARC region. As market leaders, we are committed to shaping the commercial vehicle industry here with the latest global technologies giving the Nepalese customer competitive business advantages, with trusted credentials of the Tata Motors brand. The Tata PRIMA shaped by the latest technology, know-how and expertise with global standards of performance, comfort and safety will enable customers upgrade to a new-age truck, a result of customer feedback combined with years of experience in the trucking business. The range being launched today is world-class in every sense"

Tata Motors say that their new generation Prima trucks have a strong chassis and suspension setup that are built to take on the challenges of hauling heavy loads across diverse and difficult terrains. The company also adds that the new trucks are built using quality materials that offer enhanced comfort and driving dynamics along with increased economy. The interiors have also been revamped and feature an adjustable steering system, a music system, reclining seats and GPS as standard.  The drivers cabin is large and air-conditioned with a separate area that has a  rest bunk. The trucks are powered by the latest range of Cummins diesel engines whose power outputs are rated up to 380PS. The other mechanicals such as Eaton's ES-9106A DD  gearboxes, Tata G 1150 OD gearboxes, Tata's heavy duty RA 110 rear axle are also incorporated to contribute to the trucks overall performance, says Tata.

Tata has also announced the launch of its new commercial vehicle business called Tata genuine parts or TGP. Tata say that these original parts are packaged in tamper proof packs so as to offer genuine and reliable parts to owners of its trucks.

Tata has pioneered the Tata Prima Truck Racing Championship in India, which will host its second season at the Buddh International Circuit  in march 2015.