Suzuki reveal the all new S-Cross for international markets

Suzuki has unveiled the next-generation S-Cross all around the world. The S-Cross, which was first presented for the European market, will be available in various other countries in the following months. In comparison to its predecessor, the 2022 S-Cross has witnessed substantial growth in size. It has a more aggressive front appearance, with a wide grille flanked by LED headlights. L-shaped tail light clusters with a glossy black plastic strip in the centre have been added to the radically altered rear end.

The 1.4-litre turbo-petrol engine, which works in unison with a 48V mild-hybrid system, powers the new S-Cross internationally. It is paired with a six-speed manual and an automatic transmission and produces 128PS and 235Nm of torque. Suzuki's Allgrip all-wheel-drive system is standard on the S-Cross, as are four distinct driving modes: Auto, Snow, Lock, and Sport.

The big floating 9-inch touchscreen entertainment system with Apple CarPlay and Android Auto connection is housed in the black-themed dashboard of the S-Cross. Heated front seats, dual-zone temperature control, and keyless entry are among the other options. 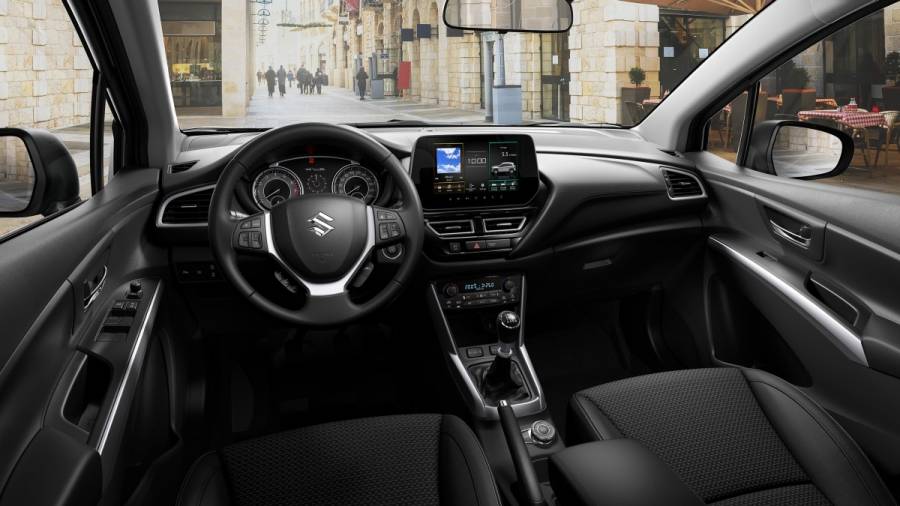 Aside from that, the S-Cross has features like automated emergency braking, a 360-degree camera, adaptive cruise control, lane departure prevention, and rear cross-traffic warning.

Maruti Suzuki hasn't put out any word as to when Indians should expect the S-Cross to make it here, but we are expecting the car to reach our shores anytime next year.

2022 Maruti Suzuki Vitara Brezza leaked, significant changes inside and out