Maruti Suzuki Toyotsu India (MSTI) has opened an ELV scrapping and recycling facility in Noida, which has been certified by the government. 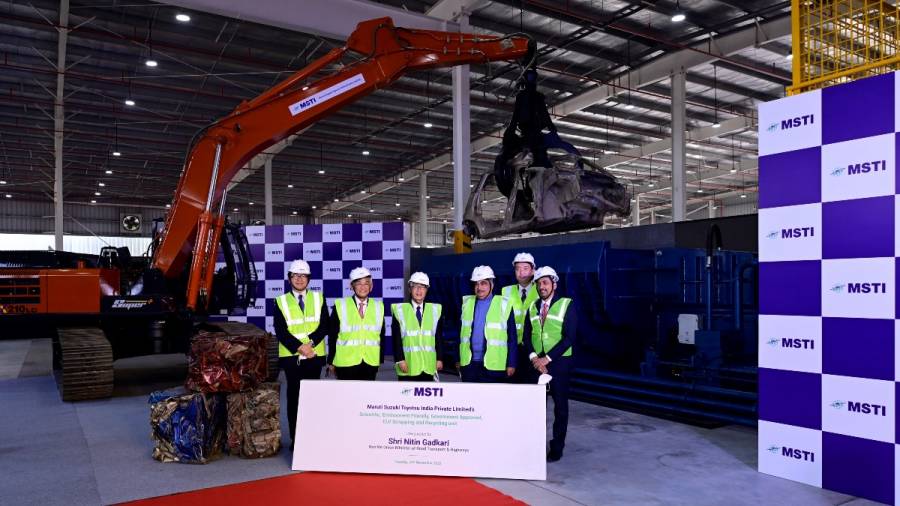 Nitin Gadkari, the Union Minister of Road Transport & Highways, officially inaugurated the facility that covers an area of 10,993 square metres and can scrap and recycle approximately 24,000 ELVs each year.

The facility, which cost over Rs 44 crores to construct, employs contemporary and technologically advanced machinery to safely disassemble and shred ELVs. All of the equipment utilised at the facility is made in India, in keeping with Atmanirbhar Bharat's mission.

Nitin Gadkari, Minister of Road Transport and Highways, said, "Ministry of Road Transport and Highways has launched the visionary National Automobile Scrappage Policy aimed at creating an ecosystem for phasing out unfit and polluting vehicles from the Indian roads. To meet this objective, we need state-of-the-art scrapping and recycling units. I would like to congratulate Maruti Suzuki and Toyota Tsusho Group for setting up this modern facility as per global standards. I would request Maruti and other stakeholders to build and create an ecosystem of similar scrapping and recycling units across the country. This would make the roads safer, air cleaner and the raw material cheaper for their cars."

Kenichi Ayukawa, Chairman of MSTI and Managing Director & CEO, Maruti Suzuki India Limited, said, "Hon'ble Minister of Road Transport & Highways, Mr. Nitin Gadkari has been a champion for cleaner, greener and safer mobility ecosystem in the country. We are grateful to him for inaugurating our new facility today. At Maruti Suzuki, we strongly believe in creating value through efficient resource optimization and conservation. Our business processes and products are based on the principles of fewer, smaller, lighter, neater and shorter."