Suzuki has officially unveiled the next-gen WagonR and Stingray in Japan. Both cars have a completely new design, with the only resemblance to the current-gen vehicle being the tallboy look. The Suzuki WagonR Hybrid FX's new design is a lot more boxy, thanks to sharper edges, and is what we'd describe as unconventional  like with the Maruti Suzuki Ignis. The front end of the new WagonR gets an almost-flat nose, with square-ish headlights and a small grille. At the side, the car gets very large windows again, with a very unconventional design. The rear windows don't come up to the door hinge unlike in most cars. There's just a small black strip connecting the front and rear windows. 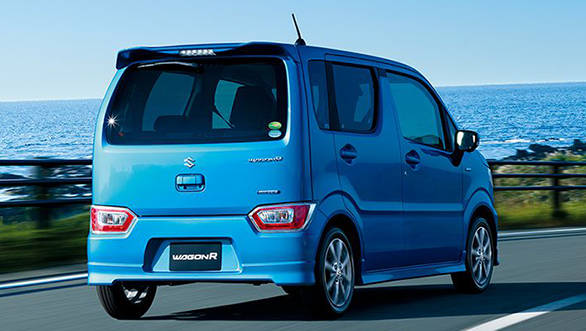 The rear of the new WagonR gets a very large tailgate with a very large window. The horizontal tail lights are placed quite low, where the tailgate meets the bumper. From the looks of it, visibility should be really good. Despite being around 200mm shorter than the current-generation WagonR, it gets a slighty longer wheelbase of 2,460mm (60mm longer). 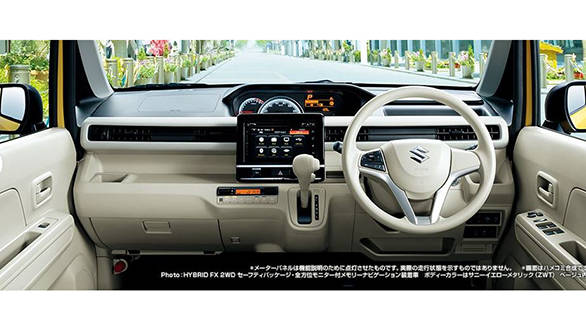 The interior of the car is all-new too with a fresh and vibrant look. The new beige and black dash borrows the tablet-like touchscreen infotainment system from the Ignis under which sits the climate control settings and the gear lever. Above it is the centrally placed instrument cluster which features quite a large display unit. The steering wheel is the same one in the Ignis. The front seats appear to be connected, like in the Mahindra KUV100. If Suzuki offers a third seat belt in front, they could claim that it's a 6-seater.

Overall, the interior looks a lot more premium and comfortable too. Suzuki also unveiled another variant of the car, called the WagonR Hybrid FZ, which is supposed to look a little sportier with skirts, a spoiler and the twin-pod headlamps. The Suzuki WagonR Stingray looks significantly different from the front with very different bonnet, a large grille, a new bumper and nose, sleeker LED headlights with DRLs and projector foglamps. The rear, however, gets minor changes like a new bumper and clear-lens lights. The interior of the Stingray is almost identical to the standard car, save for the all-black finish, a few red accents and different elements in the instrument cluster. 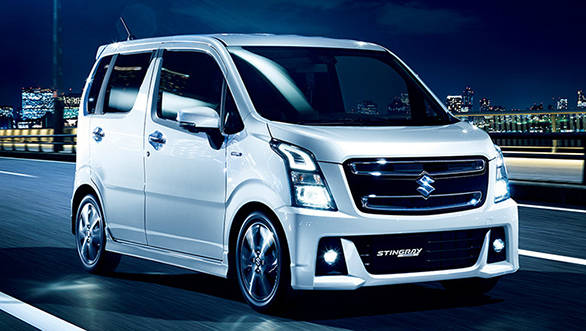 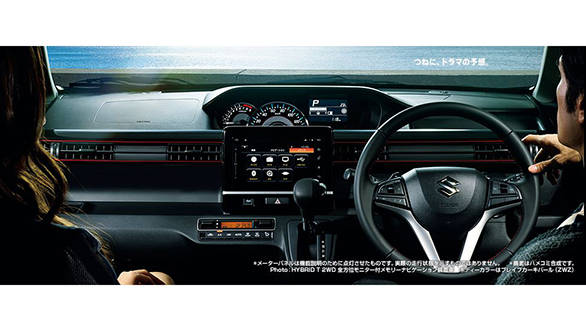 The new Suzuki WagonR is based on the brand's latest HEARTECT platform which makes it just 790kg, which is just under 100kg lighter than the current WagonR. It will run a new 658cc 3-cylinder engine which puts outs 52PS and 60Nm. It will feature the SHVS mild-hybrid system, which helps it achieve its claimed efficiency figure of 33.4kmpl. The car is offered only with a CVT, but with either two-wheel drive or all-wheel drive. Safety features on the new Suzuki WagonR include ABS, dual airbags and dual-sensor brake support which is a collision mitigation braking system. The latter is present in other Suzuki cars as well.

All said, we don't expect Maruti to bring in the new WagonR and WagonR Stingray to India anytime soon, considering how well the current-gen vehicle is doing. Recently, a new variant was added to the Maruti Suzuki WagonR  the VXI+. As standard, it gets projector headlamps, a new grille, side skirts, alloy wheels, a few new chrome garnishes, a spoiler, a blacked-out B-pillar and a driver's side airbag. The Stingray in India has been discontinued after a three-year run.