Narain Karthikeyan is all set for his third season in Super Formula. The Indian driver will compete in the championship for Team Le Mans, where he will be partnered by Kamui Kobayashi. Team Le Mans has the distinction of being the only team on the grid to have two former F1 drivers on their roster. 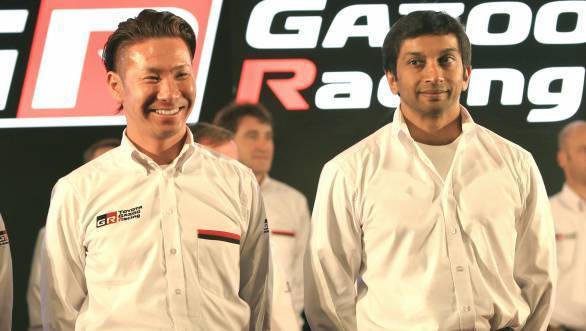 So, what's Team Le Mans all about, then? Well, the team competes in several racing series outside of Formula 1, from being considered the de facto Toyota factory racing team, to competing in Formula 3, Formula 2, F3000, Group C and the former Formula Nippon championship, which has now morphed into Super Formula. It also means that the team has had several high profile drivers in the past - Keke Rosberg, Ricardo Patrese, Johnny Herbert, and the brothers Michael and Ralf Schumacher.

The fact that the 2015 season of Super Formula didn't go quite according to plan is also one of the reasons that Narain decided to switch teams. The driver decided to compete with Team Le Mans partly because of the fact that the team has tremendous amounts of experience and resources, which he hopes will help him become a front-runner int he championship. Karthikeyan is hoping to better his best result of third place at the 2015 Suzuka season opener, aiming for wins this season.

"Le Mans is one of the top Super Formula teams with a rich history and I want to use all their experience and knowhow in Japan to deliver a consistent and winning campaign", said Narain. Of his new team-mate, Kobayashi, Narain said, "Kobayashi is an extremely fast driver and will be a good benchmark, he was on the Formula 1 podium at Suzuka [2012] and coupled with his experience on other Japanese circuits, will be a formidable team-mate and rival", Narain stated.

The Super Formula series features cars that have a Dallara SF14 chassis, reputed for their handling and high levels of downforce, with 2.0-litre, 550bhp, turbocharged engines. For the 2016 season, drivers will need to contend with the added challenge of the switch from Bridgestone to Yokohama tyres.