Toyota has been absent from the C-segment, a category where almost all the mass manufacturers are reaping rich dividends including Honda, Hyundai and now Maruti. This though looks to be a case of the distant past now. The Toyota Vios has been spotted testing in Bangalore by OVERDRIVE reader Arun Kumar K. 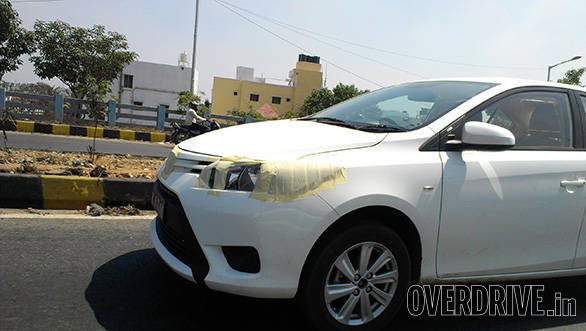 The Toyota Vios is a sedan which sits below the Corolla and has been specifically developed for the Asia Pacific region. It has been around since 2002 but a new generation  car came out in 2015. This 2015 car is the one that has been spotted testing. Arun says that the interiors of the car looked premium and more Corolla than Etios. Its dimensions put it squarely in City-Ciaz territory. While the model spotted didn't have daytime running lamps near the fog lamps, expect the production-spec version to feature them. Interior comfort is also expected to be in the same league as both the City and Ciaz, since it competes with the Honda in many markets. 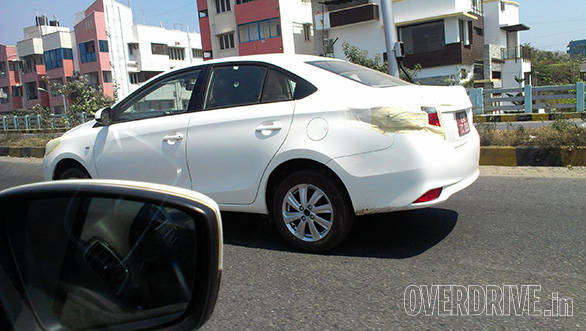 Internationally, the Vios comes with a 1.3- and 1.5-litre petrol motors, we expect the Vios to have a diesel motor for the first time when it comes to our shores. This will be the familiar 1.4-litre diesel motor which does duties under the Corolla in 88PS guise. Toyota will offer a manual as well as automatic transmission option for the petrol (the 1.5 will be the choice here given it is available in the Etios and Liva in a lower state of tune and without variable valve timing though from a different family of engines) motors while the diesel will get only the manual. Expect class leading fuel efficiency from both the engines. 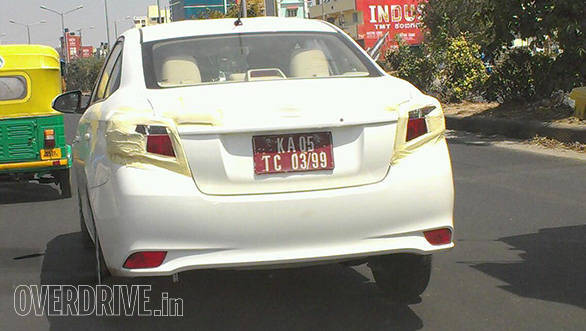 We believe Toyota should have brought this car here 3-4 years back instead of the Etios. Investing in an all-new platform proved to be costly for the company especially when the said product hasn't exactly been moving out of the showrooms as expected. Expect the Vios to be in the Indian showrooms after its Auto Expo launch in 2016.