The Tata Hexa is the company's stab at the premium MPV segment. It was showcased at the 2016 Auto Expo, and now one of our readers, Amey Purohit, has snapped a few shots of the car on NH4 near Katraj, Pune.

These spy images reveal a Hexa covered in camouflage with no additional fake body panels. While the overall silhouette remains the same as the Aria, Tata claims this to be an all-new car. 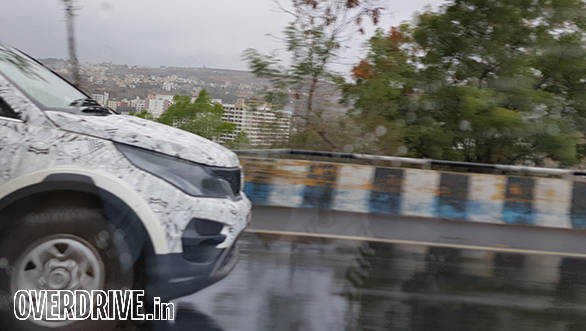 The front fascia of the Tata Hexa is all-new with massive blacked-out head lamps and a large horizontally slated grille. Large air dams and fog lamp housing cover most of the front bumper. Though the car in the spy shots clearly has no fog lamps or DRLs, we do expect them to make it into the production version. 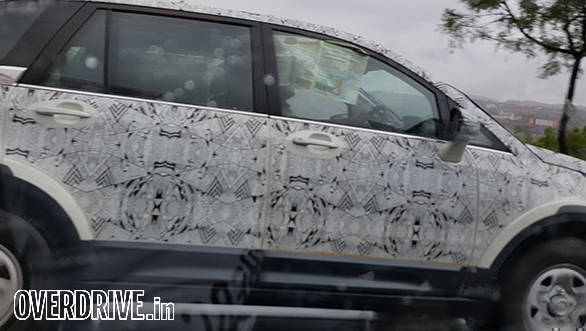 On the sides, the design is reminiscent of the Aria. Be it the glass windows, door handles, rear-view mirrors or the wheel design, all seem to have been carried forward from the previous crossover. A different design element though is a horizontal chrome strip which runs from the C-pillar all the way to the tail lamps. 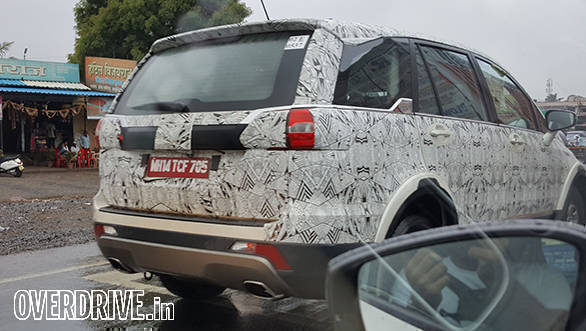 The rear design is fuss free with split horizontal car-like lamps. The reverse lights are embedded in the bumper which also houses the twin exhausts. Adding to the neatness is a large rear window and a simple black plastic running between the lights. There is a spoiler sitting on top of the rear door to complete the design.

There has been news of a launch sometime this year, but unfortunately there has been no confirmation from Tata. It looks like the company is taking its time to test the vehicle rigorously before putting it in showrooms. From our data, the Hexa will come equipped with a 2.2-litre diesel motor churning out 157PS of power and 400Nm of torque mated to either a 6-speed manual or 6-speed automatic. It will also get a 10-speaker Harman audio system with a five-inch touchscreen infotainment display. Cruise control, ambient lighting and reverse parking camera might be on offer in the top-end trim. 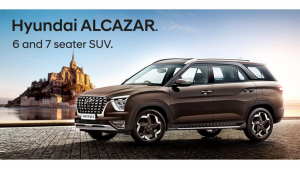 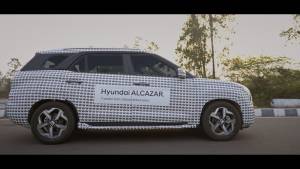