This new motorcycle from Royal Enfield is built from ground up. To begin with, the Himalayan has an all-new chassis. This double cradle chassis has a monoshock at the rear and long travel forks up front. Mounted in that double cradle is the new 410cc single cylinder engine that is expected to be mated to a 6-speed gearbox. It should produce around 30PS and 40Nm and we hear it will be rubber mounted, a step taken to reduce vibrations. The engine mounting points are also different. Notice the minimalist body work and the crash protection given to the motorcycle. There is also a luggage rack at the rear. 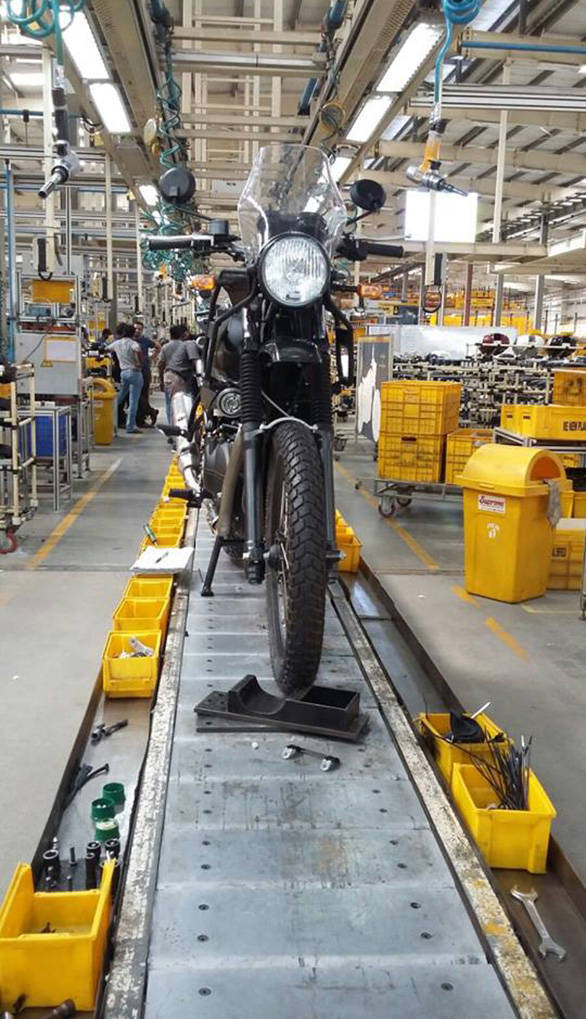 Both the wheels (notice the large diameter front, another adventure bike design characteristic) are wrapped in off-road capable tyres (possibly Pirelli Scorpion). Disc brakes handle braking duties at both ends. The rear disc is mounted on the right side making way for the sprocket on the left, another new for a Royal Enfield. The up-swept silencer, high ground clearance and wind screen, all hint at its adventure touring characteristics. The Himalayan is expected to be priced between Rs 1.6 and 2 lakh and will probably be launched within the next few months. 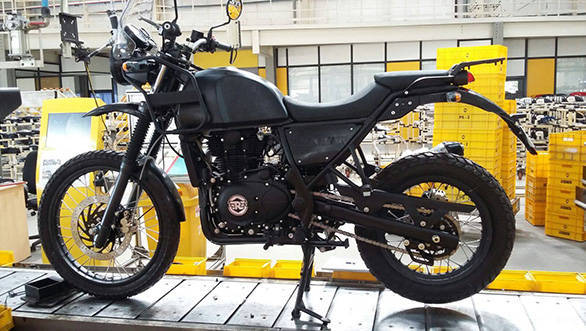