It's no secret that Royal Enfield is preparing to launch new motorcycles in India as well as in other markets. Last year, the company had issued a press release saying that they are working on two new platforms between 250cc - 750cc. While we saw  the first platform being used in the new Royal Enfield Himalayan, the second one is likely to be this rumoured 750cc parallel twin motorcycle that MCN has spotted testing in Spain. 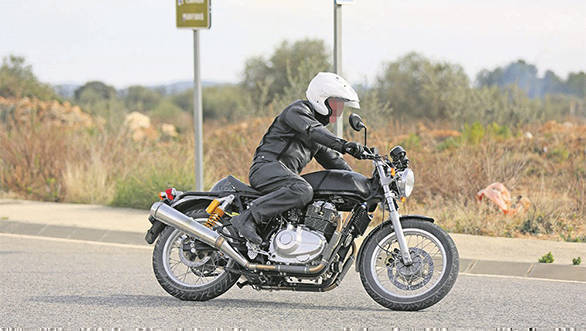 The new Royal Enfield 750cc motorcycle looks more or less like the Continental GT sold in India. From the images it is clear that the wheelbase is longer than the Continental GT's. This has been done to provide for greater stability as well as to accommodate the twin-cylinder engine. This motorcycle was spotted running a carburettor setup, something which Royal Enfield usually tries out on their test mules. Siddharth Lal, CEO of Royal Enfield did mention that they tried carb as well as Fi on the recently launched Himalayan and this was a regular procedure for testing which one works better and is more affordable in the larger scheme of things . Given India's so far lax emission norms, the much more affordable carb setup should work here. However for other European markets as well as other BS-6 regions, a fuel injected setup will likely be offered. India is also moving to BS-6 emission norms by next year, however, how soon it will be implemented is anybody's guess. 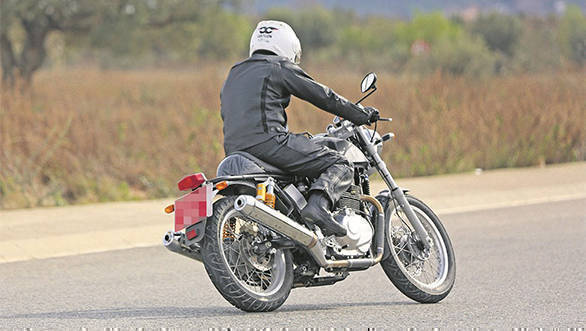 Moving on to the new Royal Enfield motorcycle you see here. While details about the engine are scant at this time, it will likely be a 750cc parallel twin which can be expected to make around 55PS. Also, this will be the first motorcycle to have come out of Royal Enfield's brand new technology and research facility in UK. The Royal Enfield Technology Centre was inaugurated last year and is now fully functional. Harris Performance might have also helped with the chassis tuning for this twin-cylinder motorcycle. Royal Enfield aims to build five lakh motorcycles by the end of this year. The company sold around 4.5 lakh motorcycles last year. These motorcycles were rolled out from its facilities in Oragadam and Thiruvattoor. 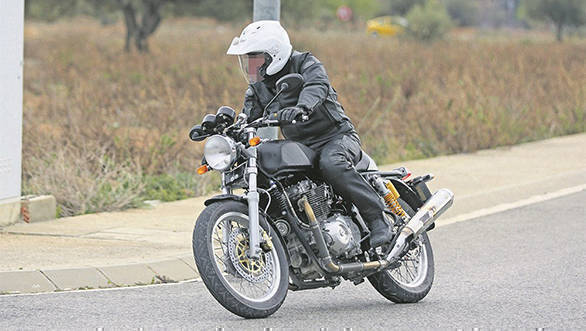 While the Himalayan remains an-all new motorcycle for the world's oldest bike maker, the twin cylinder engine is likely to be another high point for Royal Enfield. Expect this motorcycle to be showcased at the EICMA or Intermot 2016 in concept form. 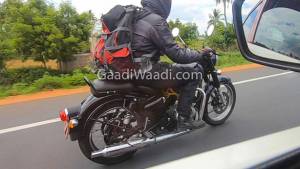 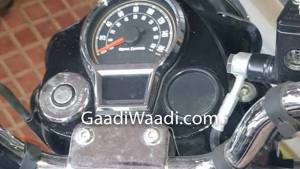