The 2019 BMW 7-Series has been spotted testing and pictures suggest that the flagship BMW is set to receive a few cosmetic tweaks. The new BMW 7-Series is essentially a facelift and is expected to break cover by the end of this year. The test car's bonnet, front bumper, rear bumper and boot is wrapped in camouflage paper, indicating that these are the areas that shall receive a few changes. The car will also get a new set of headlamps and you could expect laser lights as an option. 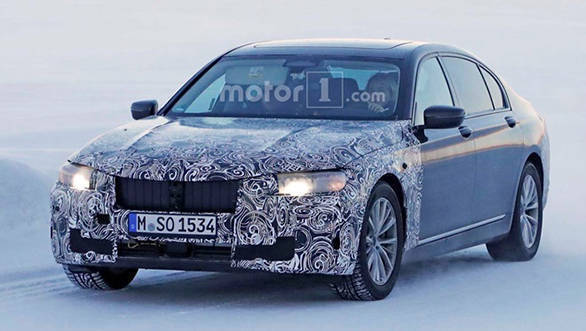 Expect BMW to refresh the interiors as well. The German manufacturer could also add a few features to stay abreast with the competition. New additions could include a refreshed dashboard and a fully-digital instrument panel. 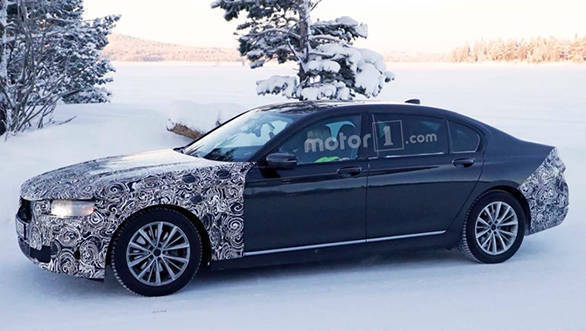 There's speculation that the refreshed 7-Series could also get Level 3 autonomus capability as well. The all-new Audi A8 currently has this technology already, which suggests that BMW would include level 3 autonomy as well, since the 7-Series is a direct rival.

The 2019 BMW 7-Series is expected to be powered by the current set of petrol and diesel engines, and BMW could also introduce a new hybrid powertrain as well. 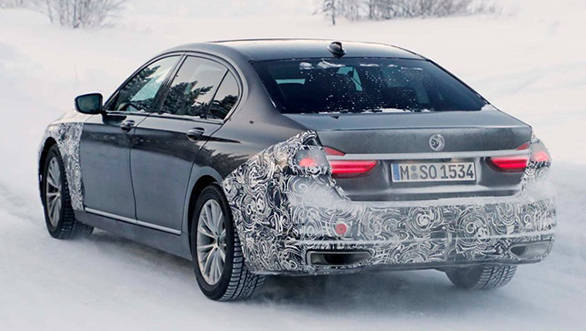 The current BMW is just two years old, but its rivals such as the Mercedes-Benz and Audi have introduced new and better equipped competitors. The new BMW 7-Series then has its work cut out. Expect BMW India to launch the refreshed 7-Series in India, soon after it is launched in the international markets.