The last time we reported about the new-gen KTM Duke spied in India, it was an image of a near-production bike from the Bajaj factory in Pune. Now we have clear and detailed images of the upcoming naked sport offering in a camouflaged state, and we believe it is the 2017 Duke 200 which will be launched early next year. Here are the details of it. 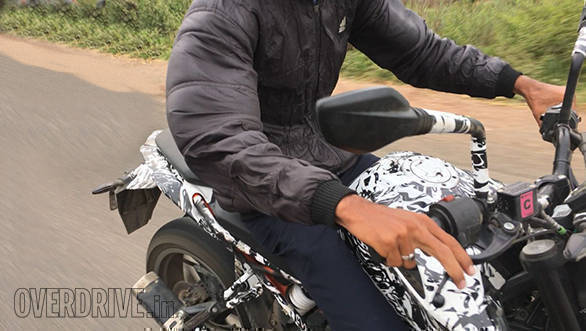 The new brake lever is clear in the pictures, which suggest while the rotor, calliper mounting and calliper haven't changed, KTM has given the 2017 Duke a new master cylinder and lever to shore up braking performance - a traditional Duke weakness so far. 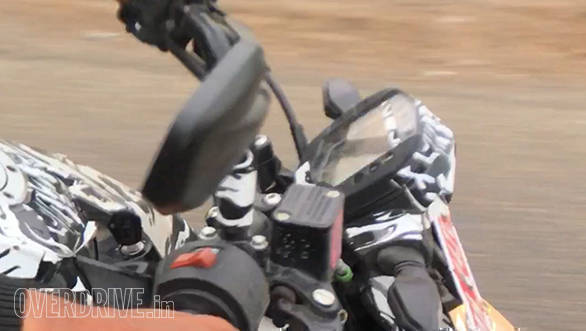 The upmarket motorcycles tend to have key slots integrated into the front edge of the tank rather than on or ahead of the handlebar. The KTM Duke will also go in the same way. No major change in utility to be honest, but if you're a tank bag user then tank-mounted ignition slots can be a bit annoying. It's no biggie. 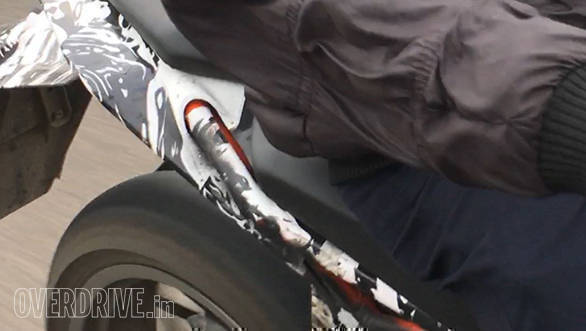 Notice the absence of the pillion grab rail. Bajaj and KTM went through a fair hassle to convince the authorities that the RC-style grab rails, inset unto the plastic of the rear cowl, were valid, useable and legal. It's that design that allows this clean tail piece to come into play.

See how the frame rails go back into the tailpiece bodywork right below the rider's seat? This is an all-new subframe that is now bolted to the main frame. Alterations to the main frame should be small geometry adjustments aimed at greater stability and a slightly less frantic nature for the Duke. It also means that an RC subframe - which is angled higher and a slightly different design - can be integrated into the production process more easily. However, we expect the main frame of the 2019 390 Adventure to be different to produce the right ground clearance and seat height combination. It might end up using the Duke's subframe though.

The test bike has a conventional unit like the current one. This bike seems pretty close to production spec, so we would be surprised if the 2017 model was announced with a fancier dash. A little re-organisation within the screen is definitely possible though. If that happens, expect to find a bigger rev counter in the overall scheme of things. 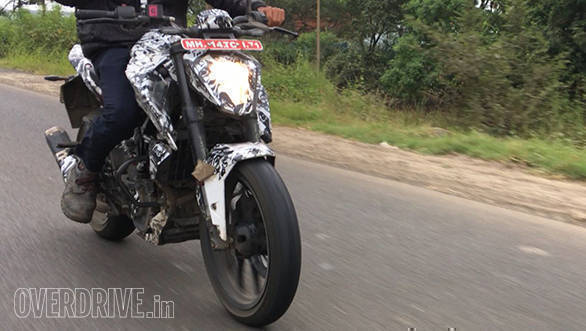 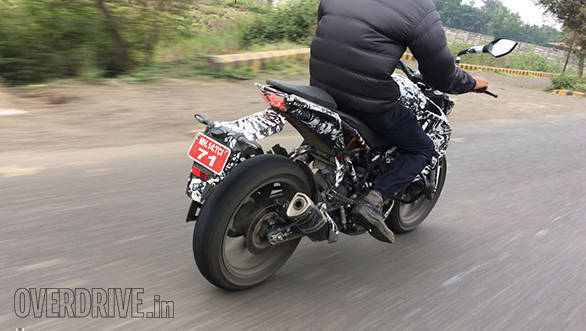 While the rider seat is invisible in the images, the pillion seat has clearly been redesigned. There's more of a curve to the profile, and the material it's skinned with seems smoother as well. 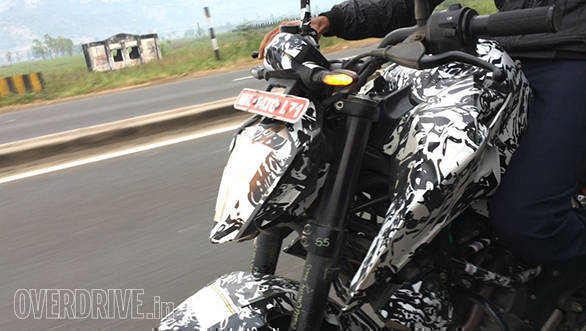 The clearly visible detail is the side-slung exhaust. This is because all the Euro-IV motorcycles need more exhaust volume and cannot be tucked neatly under the engine any more. The 200 will be BS-IV compliant at launch. We aren't sure about the performance numbers though. The weight will most certainly go up. KTM might up the power and torque figures slightly to keep the performance in the same place. Expect more refinement though. At this point we are still unsure if the Indian KTMs will be ride-by-wire like the Euro-IV compliant ones. It's a significant cost increase without a significant emissions benefit given that our BSIV is less stringent. 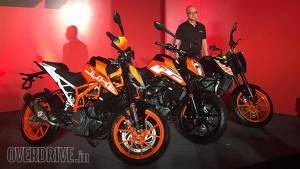 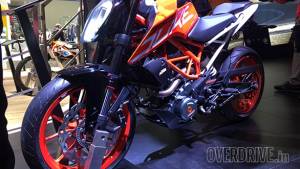