Volkswagen has commenced tests of the facelifted Vento in India. It was only in late 2014 that VW had launched the updated Vento with a new TDI engine and some cosmetic changes. The Volkswagen Vento facelift which was caught testing though will only have a few updates on the skin. 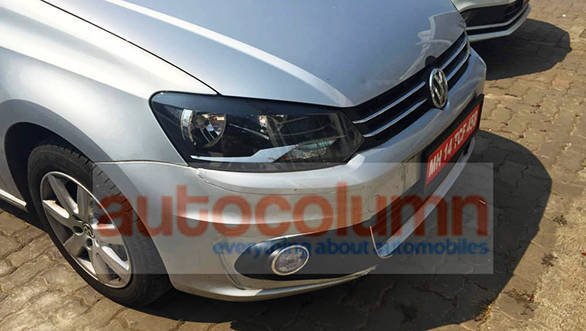 For starters, the facelifted Volkswagen Vento will have a new grille similar to the one in the new Jetta and new bumpers with the one at the rear having a cut-out for the exhaust tip. The beige upholstery will have a darker tone than in the current car. As far as the engine options go, VW will be retaining the 105PS 1.2TSI and 1.6-litre petrol engines while the 105PS 1.5-litre diesel motor will also soldier on in the 250Nm guise. The 1.6-litre petrol comes mated to a five-speed manual but the 1.5 TDI  and the 1.2 TSI can both be opted for with the seven-speed DSG gearboxes as well. 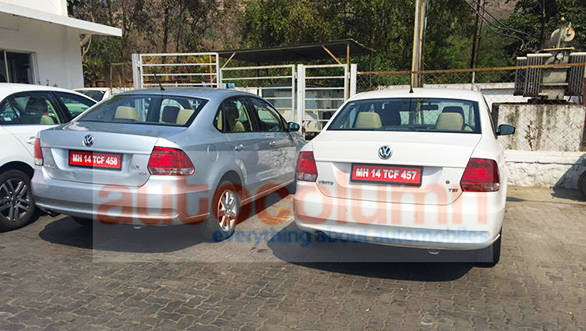 Visual changes at the rear include the placing of the badging. People at the OD office remain divided on how they feel about that 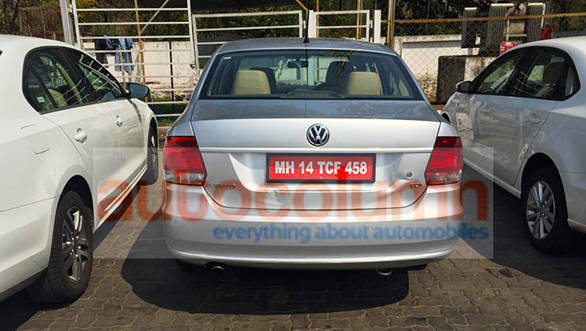 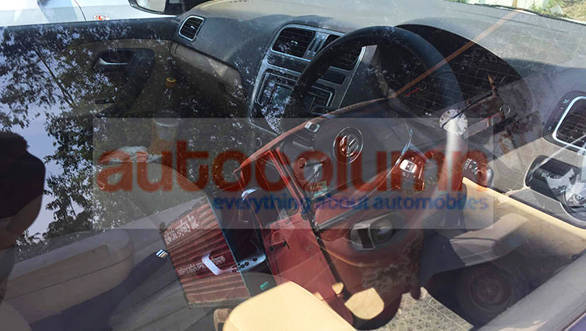 Volkswagen currently manufactures the car at its Chakan facility. While earlier the engines were being imported, VW India has recently started local assembly of the 1.5-litre TDI motor. The company is also looking to assemble the TSI motor here as well at a later stage.