In what can be termed as one of the shortest ties in automotive history, Skoda Auto and Tata Motors have ended their strategic partnership. While not much details have been revealed by either side, it is believed that both the parties were unable to come to a conclusion about how to use their brand synergies and be profitable at the same time.

When the agreement was signed, it was decided that both the parties would adapt Tata's AMP or Advanced Modular Platform, which was working out to be initially cost-effective. During further research, however, it was found that to use it for Skoda cars, the Czech manufacturer will have to make a huge investment. At this point Skoda officials are said to have pointed out that adapting the MQB platform for new products in India will work out to be a tad cost-effective. Skoda India currently has its volume driver from the old PQ25 platform - the Rapid. Its other cars like the Superb and Octavia are based on the newer platform. 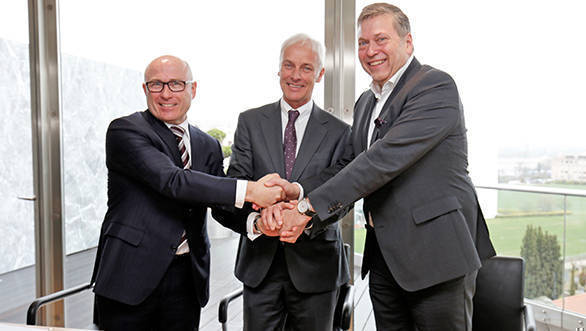 In its official statement Skoda has said, "Skoda Auto has assessed and evaluated a potential strategic collaboration with Tata Motors Ltd over recent weeks and months. In doing so, both companies have concluded that at present, neither the technical nor the economic synergies are achievable to the extent desired by both parties. As a result, a planned strategic alliance will no longer be pursued for the time being. Both companies would like to emphasise that following the intensive and constructive discussions of the last few months, they are not ruling out possible future collaborations."

On the other hand, Tata Motors has said, "We have evaluated the technical feasibility and degree of synergies for the envisioned partnership. We have concluded that the strategic benefits for both parties are below the threshold levels. However, we remain positive of exploring future opportunities with the Volkswagen Group, given the relationship of mutual respect that we witnessed during the phase of our cooperation discussions."