The top place in Grand Krishna Rally of Chikmagalur has been conquered by husband-wife duo, Satish Gopalkrishnan and Savera D'Souza (navigator). The couple won both the Overall and Expert class titles. Amarnath and Mukthiyar (navigator) won the Stock class title after reigning champions Chidananda Murthy and Sujith Kumar dropped down to the seventh position due to a technical error. 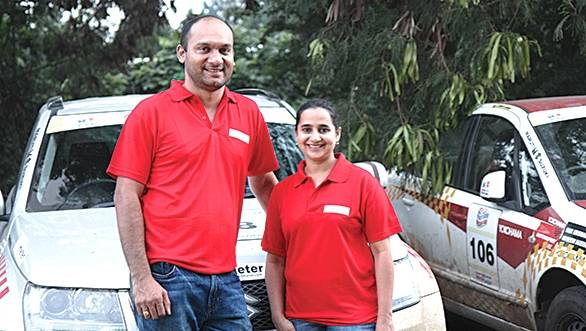 The opening round of Indian National TSD Rally Championship saw 17 entries- eight in the expert class and nine in the stock category. Furthermore, the Local category had 15 entries. The rally run was 163km long encompassing the most spectacular locations of the coffee land of Karnataka. The highlight of this event is not speed, but precise times and average speeds in all the segments of the rally.

Teams competing for the National Championship have to take part in a minimum six rounds (out of nine) along with one mandatory round in zonal region to qualify for honours. The second round of this championship will be held in Jaipur on June 28 - 29 and will be called 'Rally of Jaypore'.

The second place in Stock class went to Ravindra Kumar/Kumar M (02:32) which was 9 seconds off the winning team's time. Philip Baklin/ David Sharon came in third with an overall penalty of 2 minutes and 46 seconds.