Steve McQueen was famous for being the king of cool, having starred in movies like The Great Escape, Bullitt, and Papillion. But perhaps the movie that motorsport fans remember him for the most was Le Mans. It might not have been a huge ticket-seller when it was released back in 1971, but it has gained quite a fan following over the years. One of its biggest fans actually went and created a stunning graphic novel based on the movie. What's better is that it's on sale now! 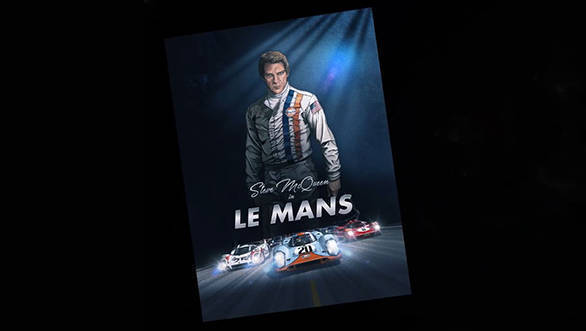 A Belgian graphic novelist, Sandro Garbo, and his team spent three years creating the book titled, Steve McQueen in Le Mans. Garbo says that he began working on it after Steve McQueen appeared in his dream and asked him to recreate the movie as a graphic novel. And that's just what he's gone and done. From the images seen on the internet, it's clear that Garbo has done a fabulous job of retelling the story through vivid, detailed illustrations. To get a preview of what's in the book, here's a short animated trailer of the graphic novel that the team has put out on YouTube.