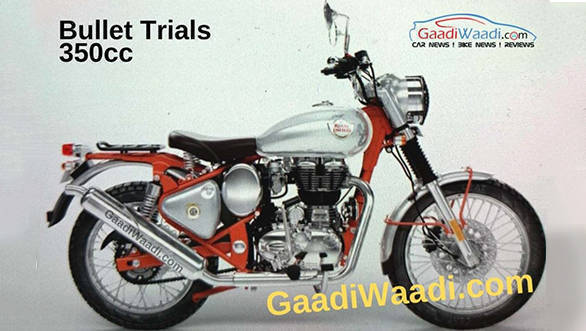 The Trials motorcycles feature a single seat with the pillion seat being swapped out for a luggage rack, off-road compatible knobby tyres, raised reinforced mudguards, as well as an upswept exhaust. The leaked images of the Trials models also show that while the body features chrome and silver paint, the frames have been highlighting in different colours. The motorcycles also appear to sport the same tail lamp and indicators as the Interceptor 650 and the Continental GT 650. Mechanically, the motorcycles may feature same engines as their Bullet 350 and 500 counterparts with similar outputs as well. Royal Enfield may alter the tune of the engine, but no technical details have been confirmed as yet. In line with existing new models, the Trials 350 and Trials 500 will also feature dual-channel ABS as standard. Pricing is likely to be around Rs 1.7 lakh and Rs 2.2 lakh, respectively.