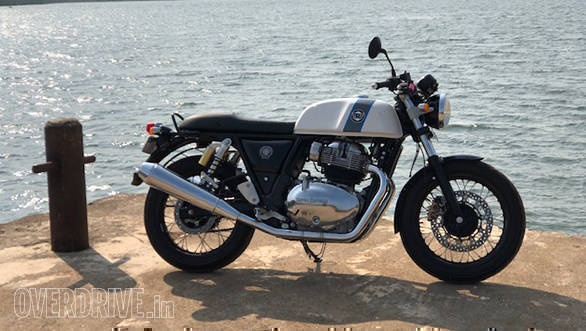 On the Royal Enfield Continental GT 650, you can add the colour co-ordinated painted seat cowl to the single seat rider at Rs 2,500. This can be then followed by the addition of true café-racer styled single seat at Rs 3,200 or a dual touring seat at Rs 4,000, replacement of  the brushed original heel guards with powder-coated pair at Rs 1200, large engine guard for Rs 2,900, compact engine guard made from 25mm stainless steel tube at Rs 2,900, brushed-aluminium sump guard at Rs 1,850, short windscreen at Rs 1,500, taller windscreen at Rs 1,700, soft pannier pair for Rs 6,000 and Rs 4,000 for a single unit, Rs 1,600 for pannier mounting, Rs 600 for handlebar brace pad, Rs 1,100 for machined bar end kit, Rs 900 for water resistant bike cover and many more such accessories. The Royal Enfield Interceptor 650 can be equipped with dual touring seats at Rs 4,000, short flyscreen for Rs 1,500, taller flyscreen for Rs 1,700, handlebar brace pad for Rs 600, machined bar end kit for Rs 1,100, Machined  front reservoir kit made from billet aluminium, the front master cylinder cap comes with an anodized finish. It is priced at Rs 675. You can head to Royal Enfield's official website to get a detailed list of accessories and options. However, they cannot be bought online but at any of the authorized RE dealership in India. 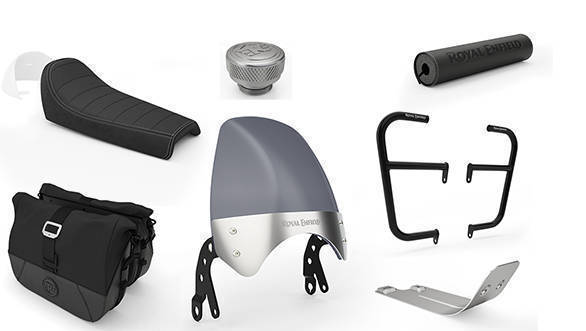 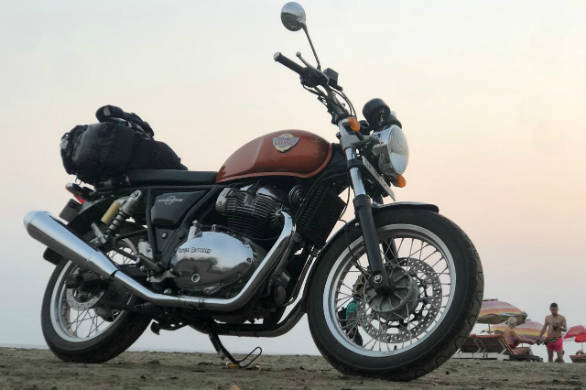 The fuel-injected, air/oil-cooled 650cc parallel twin motor produces 47PS at 7,100rpm and 52Nm at 4,000rpm and is mated to a six-speed gearbox. The motorcycles also get a slip-assist clutch. The Royal Enfield Interceptor 650 Twin draws inspiration from the yesteryear Royal Enfield Interceptor and it looks in line with the modern classics seen from other manufacturers. The Continental GT 650 Twin, on the other hand, is an ode to the café racer culture that was dominant a few years ago. Royal Enfield has stated that there are no shared parts between the new Continental GT 650 and the current Continental GT with the 535cc, single cylinder engine. Both motorcycles employ a double cradle, steel tubular frame as well as 41mm front forks and twin, coil over shocks at the rear. The wheelbase at 1,400mm, ground clearance at 174mm, and length at 2,122mm is also identical. The Continental GT 650 Twin, however, is slightly shorter than the Interceptor 650 Twin. Braking duties, on both motorcycles, are handled by a 320mm disc at the front and a 240mm disc at the rear. ABS is standard on both motorcycles.