Royal Enfield: the fuel that powers its motor

Back in 1996, I purchased a Royal Enfield Bullet, a shiny red and chrome Standard Deluxe. It was my first motorcycle ever; I've never owned anything ever since I sold it five years later to a doctor. I loved that motorcycle, then. I know better now. I still see it sometimes, running around in my colony, having passed through several hands.

It holds no more joy for me, but I am still amazed to see that almost two decades later, there are others who find joy in her. And that to me is phenomenal; there is no other product in all of India that can claim to possess this intimate bond with its owner than a Royal Enfield. I can't lay a finger on what it is, but there is something very special in the way almost every Royal Enfield owner cherishes his motorcycle. Its fans are legion. There isn't any other motorcycle maker in all of India or even globally whose brand strength can come even close to rivalling that of RE. Not even Harley-Davidson! 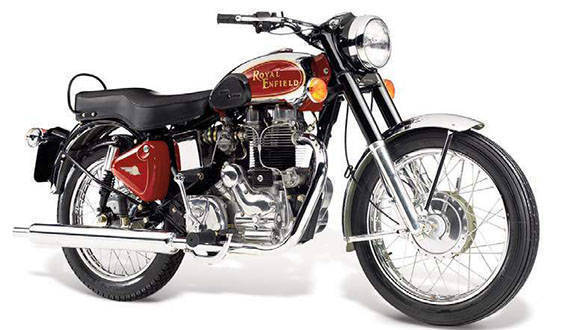 What makes a product attain such legendary status? I don't have an answer to that. Royal Enfield's motorcycles aren't the most reliable; they aren't state-of-the-art where technology or reliability or manufacturing is concerned. And yet a brand or rather a motorcycle that was first born in 1931 and came to India in 1949 still holds reign over such a large court - it is an astonishing tale.

What I do believe is that Royal Enfield never sold a motorcycle, it sold an idea, it sowed a dream and it nurtured a relationship. In an era when motorcycling was dying a slow death, it created platforms for motorcyclists to thrive, to enjoy riding. It was a passionate plea from Siddhartha Lal who took the reins of the business in 2000 to all motorcyclists. Don't just ride to commute, ride! Is there any other motorcycle maker in the country who does not envy Royal Enfield's status today? I doubt it.

It's the same with cars, and I'd love to wax eloquent about how a car manufacturer managed to create a similar niche for itself. Unfortunately, this country of ours has not had that sort of fervour roll through its streets. Whatever has been made and sold in this country hasn't enjoyed the sort of cult status that RE enjoys today. It's sad because I like cars as much as I like motorcycles ( it's a different thing I don't get to ride as much and that there are others in my team who share this passion a little more than I do), but there isn't a car in this country I'd want to own, possess and find joy in.

And joy I think is the keyword here, that fleeting moment when you're riding down a highway somewhere on a road trip in India. When that piston inside that single cylinder of an RE Bullet is on song, that moment when you let go of the throttle, let the engine bleed off some speed and then pick up the throttle again. There's a magic there that's hard to create; in my years as a motoring journalist I haven't experienced that. I've put my knee down, popped wheelies, blown up stoppies and had all sorts of mad moments on a motorcycle. But the thrill of an RE singing when everything is working right is immeasurable. And I've kept looking for that in a car, when it flows gently or furiously as water over a rock. I've looked for something to share my passion with, and for someone who hails from a middle-class family; there just isn't anything you can lay your hands on. In this day and age, there simply isn't a people's car that the people can celebrate.

Today the Royal Enfield Bullet may not be as pertinent in the scheme of things as it was until a couple of years ago. In popular lore, it probably served the purpose it was built for. It brought unprecedented fame and prosperity to Royal Enfield. The company has now expanded its vision and broadened its horizons, and the Bullet has allowed it to travel way past the borders of India. I was in Zurich recently and I happened to see a couple of Bullets riding past. They looked good, pretty cool too! They never for even a moment looked out of place in that foreign land. In fact, I think the government should now make the Royal Enfield Bullet an official mascot of the entire Make In India programme; I don't know of any better ambassador it could have.