As the current J200 generation of the Land Cruiser heads into the sunset, Toyota is trying to give this version of the Toyota Land Cruiser a fitting farewell. After a version for the US market, the Japanese carmaker has revealed another Land Cruiser Heritage Edition for the UAE. This is even rarer than the US version, reportedly limited to 20 units. 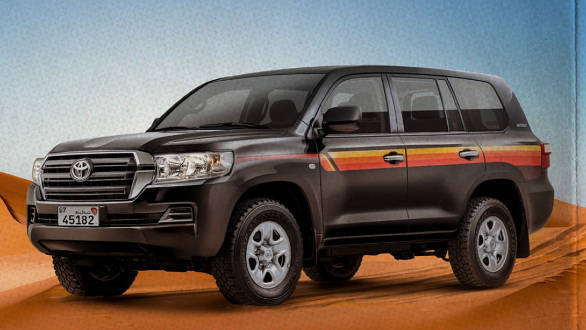 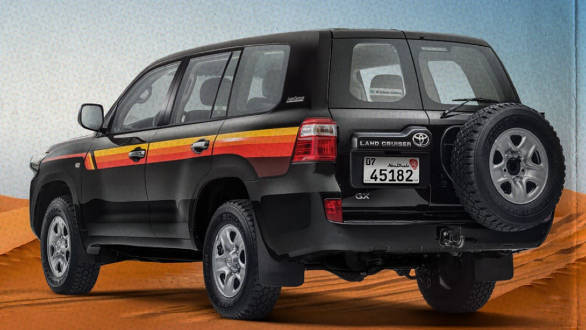 The UAE-spec Land Cruiser Heritage Edition is a more utilitarian version of the one from the US. There are 90's styled decals along the beltline, simple halogen lamps, orange fender-mounted sequential indicators and roof rails. There are also split barn doors, a tailgate mounted spare wheel and steel rims for the base V6 version. Inside, there are cloth seats, Heritage Edition cloth upholstery, and manual gearbox options. Finally, there's a factory-fitted air compressor in the boot. That said, there are modern-day amenities like parking sensors, a 10-inch touchscreen infotainment with navigation and TPMS, safety tech that includes airbags, ABS and front/rear parking sensors.

The two petrol engine options are a 4.0-litre V6 with 271PS/385 Nm that pairs to a 5-speed manual, or a 4.6-litre V8 with 304PS/440 Nm mated to a 6-speed automatic. A full-time four-wheel drive system with the crawl control function and optional adjustable suspension can be had as well. 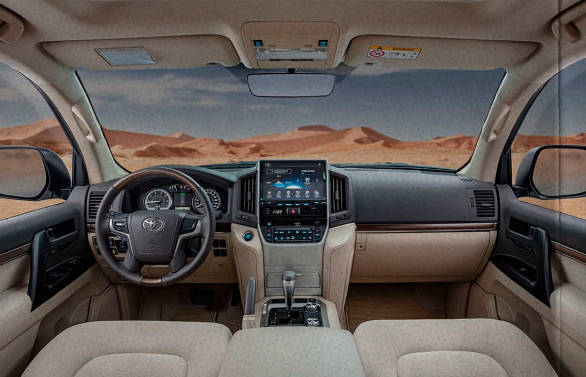 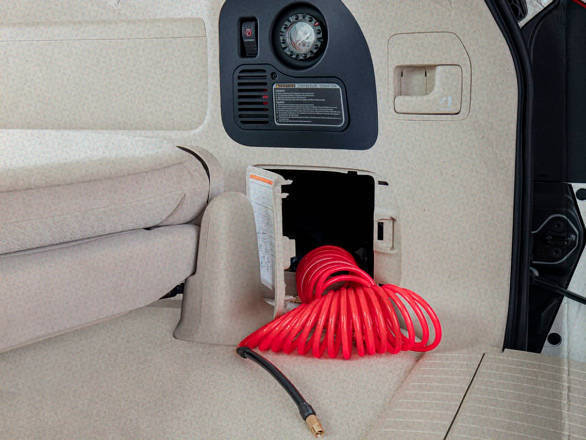 Prices for the UAE-spec Land Cruiser Heritage Edition start at AED 1,69,900 for the V6 and go up to AED 2,24,900 for the V8. This is the second of three such heritage editions planned by Toyota before this version of the Land Cruiser is discontinued. The last version is expected to be launched in Australia later in the year. Since its introduction in 1951 over 10 million units have been sold.

Toyota Land Cruiser to make its debut in...