Renault rolls out its two millionth vehicle in Brazil

Renault reached a major milestone in a country far away from home. The French manufacturer who has two plants in Brazil reached the 200 million production mark. The South American country is Renault's second biggest market and both the plants are located in the town of Curitiba. 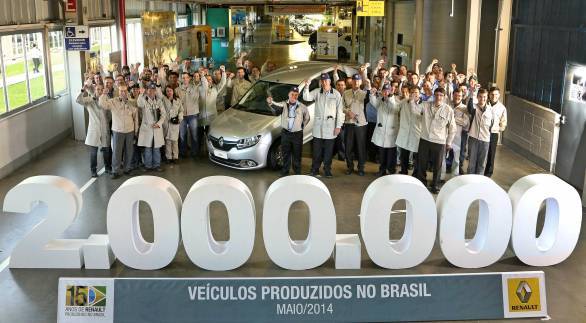 Having started 15 years back when the first plant was opened on December 1995, Renault has made its presence felt in the country industrially becoming Brazil's fifth largest carmaker. The news also comes as an encouragement for the management who have announced a healthy investment of 500 million dollars for the 2014-2019 period for the plants in Brazil. The investment will see the development of two new cars at the Ayrton Senna industrial complex, which houses the two plants. "Since 2011, Brazil is the brand's second largest market after France and it is a priority in the Group's global growth strategy", says Carlos Ghosn, Renault Group chairman and chief executive.