Rainforest Challenge India to be revamped in 2017

The 2017 RFC India event is scheduled to be held between July 22 and 30 in Goa. The organisers of the event, Cougar Motorsport, have stated that the RFC will see a couple of changes this year, with the first one being a change in the format of the stages. The initial Special Stages, which are a part of the Prologue round, will be held away from the city, unlike in the past three years. Additionally, the event will now feature spectator Special Stages towards the end of the competition. Ashish Gupta, the founder and director of Cougar Motorsport, stated they are considering including a few night stages to make things more interesting. He added that a couple of locations for these stages have been shortlisted and will be finalised soon. 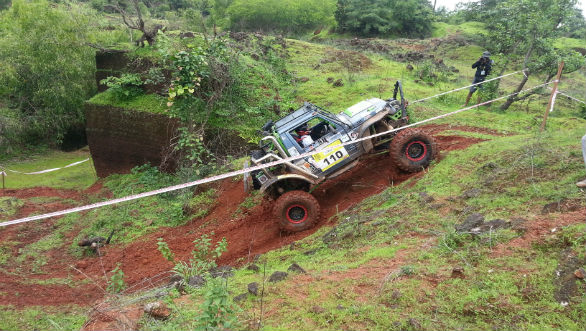 Considering that there are around 13 rookie teams of the 40 that will be competing, the organisers have introduced a Rookie of the Event award. The fourth edition of the event will also see an American competitor for the first time  William Dwaine Jungen from Tucson, Arizona. He will be competing in a Scorpion MKI, a purpose-built off-roader that is powered by a 5.7-litre V8 petrol engine. Another change to the event will be the introduction of separate classes for vehicles powered by petrol and diesel engines displacing over 3,010cc.

The organisers have also increased the stakes this year, with the winning team receiving benefits worth around Rs 5.15 lakh to compete in the RFC Grand Final event in Malaysia. This includes the entry-fee which is worth around Rs 2.50 lakh, travel expenses amounting to around Rs 71,000 and a Rs 1.93 lakh contribution towards arranging for vehicle to compete in.