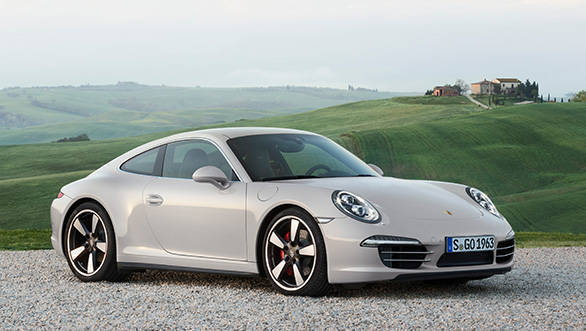 It has been 50 years; the Porsche 911 still reigns strong in the hearts of innumerable fans and fortunate buyers. Porsche is celebrating a special anniversary of the 911 sports car at the International Motor Show in Frankfurt in September with a celebratory 50 Years Edition. It's been half a century since the iconic coupe made its debut in the German city and fittingly, the special model will be limited to 1,963 units.

The 911 combines an iconic shape with a rear-mounted, flat-six engine and rear-wheel-drive. The basic formula draws an unbroken line from the first to the current generation of the car, still exuding timeless charm. The anniversary special will feature Porsche Active Suspension Management (PASM) and a sports exhaust system. 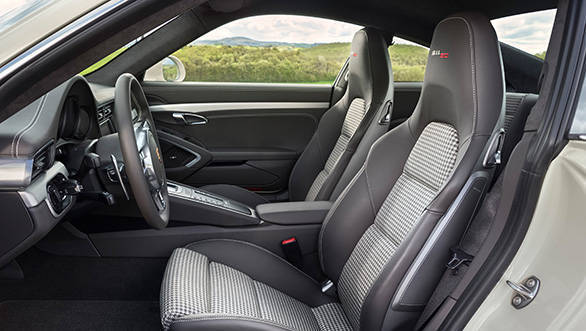 The anniversary edition of 911 is powered by a 3.8-litre flat-six engine that cranks out 400PS. Zero to 100kmph is dispatched in a mere 4.5 seconds and the coupe tops out at 299kmph. The rear-mounted location of the flat-six power is evident thanks to the chrome strips on the fins of the engine compartment grille.

There is a special '911 50' badge on the chrome strips on the fins, between the LED tail-lights, on the front air inlets, around the windows and the rear lid. A dark Graphite Grey and a light Geyser Grey are the two exclusive colours, with black also being an option. The '911 50' branding is repeated on the headrests, aluminium door sill plates and on the dashboard, along with the limited edition vehicle's individual build number. 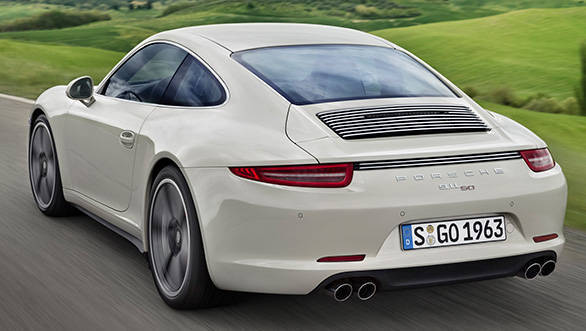