Indian motorcycle racer Rajini Krishanan bagged his third win in an International race at the Pirelli Malaysian Superbike Championship in the 1,000cc category. 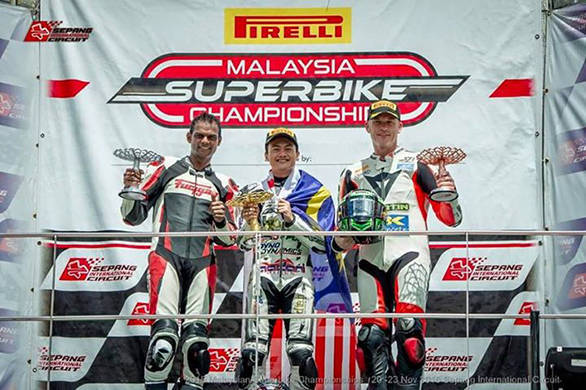 The final round of the championship held at the Sepang Circuit witnessed formidable competition from the likes of former Moto2 rider Muhammad Zaqhwan Zaidi. Despite winning both the races at the fifth round, Zaidi accumulated a total of 140 points, three points short of Rajini K's lead of 143.