2020 Land Rover Defender was spotted on the set of the upcoming James Bond film, No Time To Die. Following, the manufacturer teased the new Defender in a promotional video and announced the unveiling date. Now, the leaked images of the upcoming Defender have surfaced online. And if rumours are said to be true, the images have been leaked from its TVC (Television commercial) shoot. The images show two body styles - 90 and 110, where 90 is the three-door variant and the 110 is the five-door variant.

Under the skin, the Defender will be based on a new D7x monocoque chassis. Both diesel and petrol variant will be on offer. A 3.0-litre inline-six petrol churning out 399PS and 550Nm of torque. And a 2.0-litre diesel engine pushing out 240PS and 430Nm of torque. The 2020 Defender gets a ground clearance of 291mm. The approach angle is at 38 degrees and the departure angle 40 degree, while the break-over angle is 28 degrees. The new Defender can wade waters as deep as 900mm.

Also, the Defender could come in with a lot of electronic off-road aid. Land Rover also has accesories on offer such as a winch, rooftop tent, and tow bars. 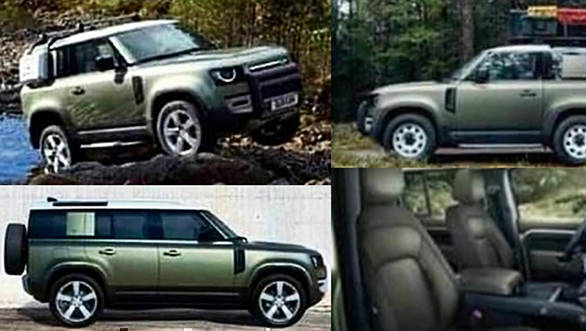 The SUV in the images wears a shade of green, However, we believe more camouflage colours could be on offer post-launch. The images reveal major styling ques. The design is mainly boxy - staying true to its traditional design, however, the edges are more rounded. The shoulder line stays flat and the SUV gets five-spoke alloys now.

Though the major revamp lies inside, on the exterior, the SUV still carries the iconic Defender personality. The cabin gets a modern dashboard with the newest infotainment system. Like the predecessors, the third row gets a glass panel on the roof. 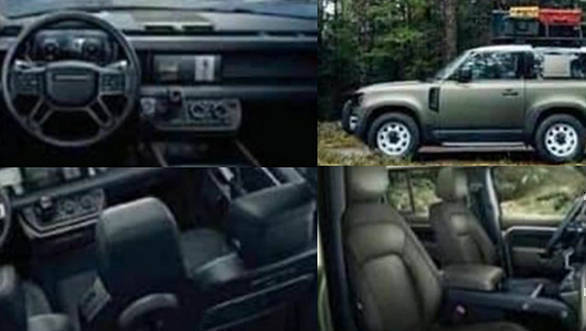 The Land Rover Defender will be unveiled at the Frankfurt Motor Show on September 10 i.e tomorrow. Stay tuned to OVERDRIVE for more updates from the launch.