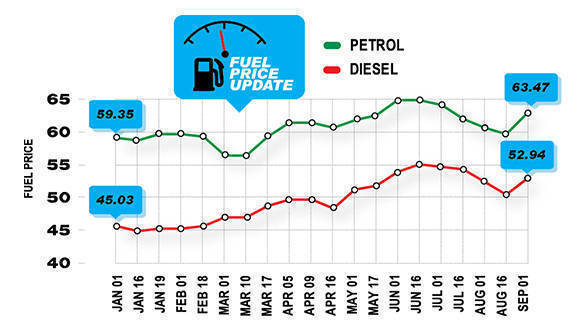 IOC also stated that the prices in the international oil market as well as the Rupee-Dollar exchange rates will be continuously monitored, and the same will be incorporated in the future fuel prices.