Honda will showcase three new Earth Dreams Technology engines at the Paris Motor Show 2014. This includes the 160PS/350Nm 1.6-litre diesel. This engine will come mated to an optional nine-speed automatic transmission and will be replacing the older 2.2-litre motor in the CR-V. The two-wheel drive HR-V will also have this 1.6-litre engine albeit in a detuned 120PS state. Honda says that the 1.5-litre i-VTEC unit that we have in India has also been revised. The company, though, has refrained from offering any power figures as of now. 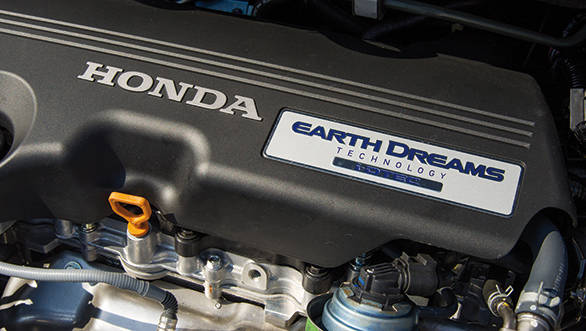 Honda's new 1.3-litre i-VTEC petrol engine will also debut at the 2014 Paris Auto Show. This new engine will come mated to a six-speed manual or a CVT depending on the variant. In the future, this engine may make its way to India along with the 1.5-litre i-VTEC and the 1.6-litre i-DTEC. More will be revealed at Honda's press conference on October 2. Stay tuned to OVERDRIVE for live updates from Paris during the motor show.