Will autonomous technology make driving a car a thing of history?

Is Skynet self-aware? Well, I can say that a part of it did wake up on July 11 in Barcelona, Spain. Or at least that's the day we found out about it. I was there to see it happen, right there on a stage after a dozen dance performers and a glitzy light and sound extravaganza had blown our minds. Then Audi rolled out the new A8, and announced to the world that it was the first series production level-3 autonomous car. A car that drove by itself, because it could think. Without human intervention. Without anyone's hands on the steering wheel. Without having to be told what to do next! Artificial intelligence had come alive in the most visual form we know, a car! 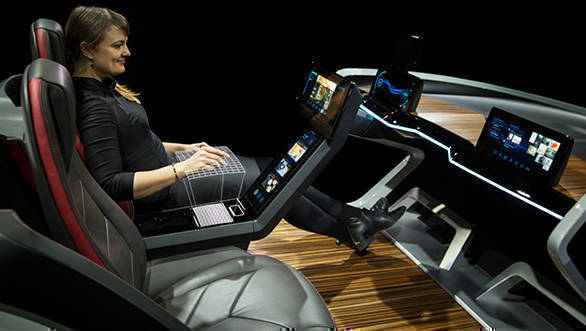 Rewind my clock to just a few days before in Boxberg in Germany, where I met a young developer who along with a team had created a conceptual autonomous truck. It was a magnificent thing. Dubbed the Vision X, it had one amazing feature that allowed it to hook up with other trucks in a continuous chain, enabling the driver to travel hands-free. Only the truck at the lead would power the chain and the rest would conserve their energy. Like the Audi A8, it used the Internet of Things (IoT) cloud to perform a seamless job. It was safe, followed instructions to the 'T' and would never lose its way.

Rewind once more by a day. I met up with some innovators at a Bosch start-up division called Heimat. The Bosch start-up funds and encourages start-ups to develop their ideas into commercial properties. One example was a unique warehouse forklift developed by Zenoway. The forklift had no driver, it was autonomous, and it can make its way through any warehouse without bumping into anything. All it needs is the layout of the warehouse mapped out once and thereon it will find its way around the entire warehouse. It improves efficiency, productivity, speed, and safety and is more cost-efficient as well.

All of the three cases above are fantastic. They are signs that technology is moving at a pace we could not have imagined just five years ago. In another five years we may not be shocked and awed any longer at some of humanity's phenomenal achievements and we'd still not be anywhere close to the putting a cherry on top of it all! 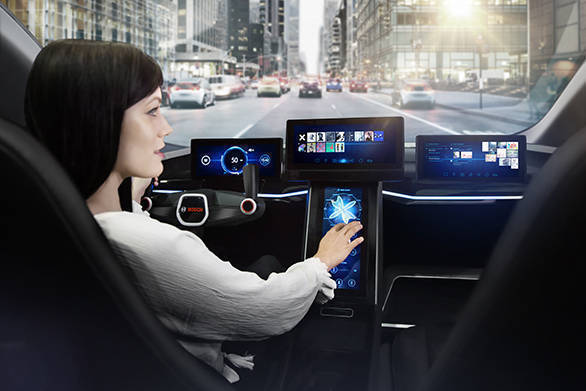 In the automotive business, think of the leaps we'd take in terms of safety, for instance. Autonomous cars are devoid of ego, rage, prejudice, anxiety, fear, confidence and so many other human failings that affect our ability to drive safely, especially in high-stress environments. Without these emotions and with better communication skills, I doubt anyone would ever get injured, let alone perish in a vehicle of any sort. Bosch claims over 260,000 accidents could be avoided using connected technologies.

But there is one common thread entwining all of those cases above and several more like them, and it's quite a morbid thread. That thread takes away the role humans play. Bots or artificial intelligence or, as Bill Gates calls it, software substitution will reduce the need for people to play out those roles. The larger implication is of course that jobs will be lost. They are already building apps that can write stories, so one day even my role as a writer may be obsolete. When the automobile goes to level 5 of autonomity, it will no longer have the need for a driver. Thousands of jobs are being displaced every year to automation.

Some robot somewhere is replacing a few hundred humans every day. Uber, for instance, is already exploring the possibility of replacing its drivers with autonomous cars, even though the thought contradicts its business model of not owning any assets. Still Uber believes it could retain all its fare without having to work on subsidy models for drivers which is driving down profits in several markets, if it only had to rely on artificial intelligence.

My fear is larger still, with the advent of autonomous cars, will legislation allow people to ever pilot their own cars? With road safety gaining more importance by the day, automated systems in cars that simply won't make the wrong decision will definitely hold precedence over humans. And for autonomous mobility to work, everything needs to follow the same principles else that society will break down.

I recently got into an autonomous car in Germany; it followed a designated path around a circuit at comfortable speeds. And it was by far the most boring drive of my life ever. The car would not put a step out of place, while if I had been behind the wheel, I would have been finding the line closest to the kerb, balancing the throttle, staying off the brakes till the very last moment, holding down the steering wheel to make the corner. As exciting as the thought of autonomous cars is, my emotions are split down the middle. I don't know whether to laud the advent of autonomous cars or curse the day when even the simple joys I get from driving a car will be a thing of history!