Rule with an iron fist

Over the last few months there have been numerous news reports about various accidents taking place all over India. The most recent one was the fire at the Kollam temple where over a 100 died after a huge cache of fireworks erupted into flame. There was no proper storage of the fireworks and eventually the authorities have blamed the temple for not properly or safely storing the fireworks. Like the Kollam incident there are dozens of such accidents that take place all across India daily. Some small, some large, so many of them never get highlighted in the news so we barely ever hear about them.

There was also that one stray photograph that did the rounds of social media some weeks ago of the Royal Enfield Himalayan that lay in two pieces after one of its first documented accidents. How did the front-end separate from the rest of the motorcycle? How serious was the impact for a metal part to shear off like it did? It's not something you see happening often and especially on a product that's so new? That's one of the reasons that image went so viral that I had friends in the Middle East and South East Asia talking about it.

There are hundreds of incidents that occur every day across India, several resulting in someone dying. Some cases get a spotlight in the news but for every one that makes the headlines, dozens don't. India has one of the most horrific track records where road accident deaths are concerned. One person dies almost every minute somewhere in India in a road accident, over 75 per cent of them are youth, another 15 per cent are children.

A large part of the issue is carelessness and an absolute disregard for regulations. But in several cases there is also the issue of sub-standard equipment. Things that don't work the way they are supposed to or just don't meet the requirements once you use them. The standards of most things in India, whether they are products or services are overhyped in the pre-sale stages while in reality they under-deliver. 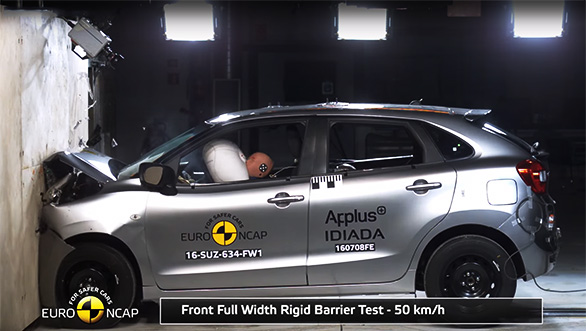 One of the basic issues our country is facing is that of standards. One of the hallmarks of a developed nation is the standards they follow. What are standards? According to the International Standards Organisation or the ISO, it's a list of documents that can be used consistently to ensure that materials, products, processes and services are fit for their purpose.

Several Indian automobile manufacturers follow ISO standards rigidly and with the ISO/TS 16949 standards in place global manufacturing has a reached a high level of quality. However these standards, and where they are applied as well as how they impact lives need to be made transparent. At the end, the ISO standard is also a certification but how effectively and extensively are these standards being implemented is anyone's guess.

TVS Motors, Ashok Leyland, and a few others follow ISO standards almost as if it were a religion. Several other manufacturers subscribe to the ISO standards but how effectively these are integrated into development and manufacturing is a question mark. I've seen several cars from manufacturers who claim ISO certification but whose look, feel as well as performance is sub-standard. Then again what's the standard?

That's why its very crucial for the government to step in and set certain standards, for instance, for fuel efficiency, safety and performance, if they intend for the auto sector to grow. How quickly should a car brake, how efficient should its engine be, how many airbags, ABS or not, what grade materials should be used? These are several questions that policy makers need to introduce into Indian automotive manufacturing.

It's not that there are policy makers who aren't making the attempt to set these standards. But once prescribed, bureaucracy and politics, in most cases, from within the automotive industry itself, put roadblocks in front of these standards.

Indian policy makers have for the longest time been trying to put into place a standard for fuel efficiency which would be affected by factors such as engine size, weight etc. But that has not received the right response from the automotive industry because it would mean stricter engineering practices would need to be implemented and more expensive materials would have to be used, the costs of which cannot be passed onto customers resulting in less profit.

Safety standards are another concern. Right now there aren't any standards concerning safety, policy makers are deliberating over issues like ABS, airbags etc but these policies need to be turned around quicker. Over 137,000 people die every year in road accident related incidents, it's a high toll on human life, it's almost becoming a standard unto itself!