Inside the mind of the racer

I once watched in horrid fascination as three Formula 1 drivers stood on a stage at a popular chain restaurant in Mumbai and played the bongos. They didn't look pleased. In fact, two of them looked decidedly peeved, one of them vaguely amused, but all three, at some point during their performance, had a look of bafflement on their faces. The sort of look that said 'I cannot believe I am actually doing this'.

But the truth, unfortunate though it may be, is that they were. It wasn't some lewd fantasy sprouting in the mind of a motorsport hack with a highly fertile imagination. They were actually standing up there following the beats of a percussionist who'd bring his hands down on the bongos with gusto, and then expectantly look at them waiting for them to follow suit. The truth is also that they needed to do it. It was the trade off they had to make in order to keep very many people happy. After all, of the many thousands of racers around the world who aspire to reach Formula 1, these three had made it. Each of them was privileged enough to climb into the cockpit of one of the most sophisticated pieces of racing machinery in the world, drive at speeds of over 300kmph at some of the best racetracks ever built, and race their hearts out. Which, to be honest, is all any racer ever wants. For all three, the journey to get there hadn't been entirely easy. Motorsport, so often like life itself, never is.

That got me thinking about the many incredible things people have done in order to race in spite of the fact that it is a ridiculously expensive sport, and that the return on investment (monetary, mental and emotional) can often be nil. I've had parents tell me how they've sold everything in their house so their children could go racing. I've seen racers fund their motorsport careers with jobs that they didn't care about, so long as it paid not the rent but the cost of a nose cone on a single seater. Racers who, despite the fact that they race abroad during the weekends, would pilot a taxi during the week to make ends meet. Racers who have mortgaged houses to continue driving on a domestic level. Racers who've had surgery at great expense to fix that damaged shoulder they broke while racing, and put themselves through rigorous exercise regimen in order to heal quickly just so that they can go racing again, even if it means that they're likely to once again damage that shoulder. Racers who have told me that they would quite simply do anything in order to keep on racing, and meant it too! 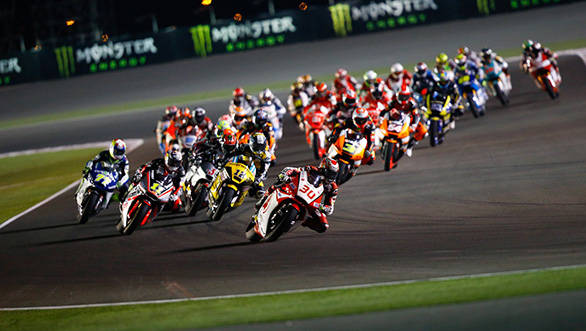 This in turn got me thinking. What is it about racing? What is it that drives otherwise sane and rational people to absolute extremes to pursue this sport? Why do people go racing?

"Because we're all morons," one racer gleefully chuckles thinking of the time his parents and grandparents took out two mortgages on their respective houses in order to fund his first season of GP2. Said racer, at the age of 16, also lost 26kg in a rather dramatic fashion over a period of six months to get racing fit. But he also says, "The short answer is because I love it, it's all I've ever known, and it's all I've ever wanted to be since I was three." The long answer gives me more insight though. He says that for every crappy 10 days of motorsport life, you have one incredibly good day. One day that's so rewarding (and this doesn't necessarily mean it's a day on which you win a race) that it makes up for all the struggle you've had to go through. Whether it's a day testing where you spend hours chucking the car around the track before working out with your engineers that little detail that will help you go quicker, or the satisfaction you get when a series of meetings ultimately culminates in a race seat.

"Because I like it," says another before asking me, "What sort of answer are you looking for?" "Because I thought a lot about it and everything I came up with, I started wondering whether it was true or not," he says. But he also says that he likes being by himself. And in a racecar, it's just him and the machine, usually without anyone else influencing his performance or decisions. And being the best he can be by himself is something of a personal challenge that is incredibly rewarding.

"I race to win!" another exclaims with a glint in his eyes. "For the thrill of outwitting and outsmarting everyone else. For the adrenaline rush I get when I am able to push the limits." This particular racer also tells me that he races because it's in his soul and because he cannot bear the thought of 'not' racing. And that the hardest motorsport related decision that he ever had to make in his life, was quitting. 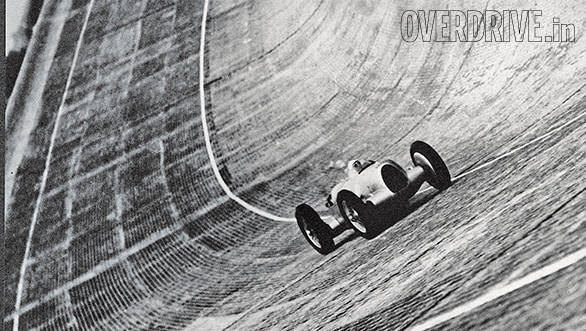 Another tells me that of course the speed and thrill plays a part in it, but that's not all. Not even winning is the real reason, he says. "When I'm on my bike, my mind is free. When I'm tackling corners at the racetrack, I find myself just becoming happier and happier. And when I'm on my bike racing, every part of me is the best that I can be." And that, he says, makes all the pain worth it.

Think about it. Do you know why you're here on earth? Maybe some of you do, but most people just accept that they're here, and get on with it. And with that inherently human streak of competition, very often, we do what we do with the aim of being better than the next person. Maybe racing just brings this to the forefront. Steve McQueen once so famously said, "Racing is life." Well, I'm not so sure. What I will agree with, though, is that it's a pretty darned good metaphor.