In memory of Henry Hope-Frost

As a young motorsport fan growing up in India, beyond the broadcast of Formula 1 races, for the most part my interactions with motorsport were few and far between. So I realised early on that I owed a great deal to the men and women who had chosen to cover motorsport for a living. It was through their eyes that I got to experience races that I'd otherwise never have the pleasure of seeing. And it was through their words that my love for a well-told tale of motorsport derring-do was sparked.

Back then, in Bangalore City, getting my hands on copies of F1 Racing or Motorsport Magazine was hard. However, the act of procuring these magazines that would give me hours of reading pleasure, and arm me with tiny little facts and figures that would serve as the sort of ammunition every motorsport fan required, was an enjoyable experience in itself. An experience that involved plenty of browsing in bookstores, and a lot of conscious deliberation over precisely which titles to choose that particular day. Eventually the magazines gave way to books, and I found myself completely immersed in a world that I could otherwise not have accessed.

Those vividly written out stories are the reason that I was able to journey alongside Denis Jenkinson as he read pacenotes to Stirling Moss en route their victory at the 1955 Mille Miglia. Through the words of Gerald Donaldson I learned all about brilliance of Gilles Villeneuve and the eccentricities of James Hunt. Flipping through the pages of The Concise Encyclopedia of Formula 1, written by David Tremayne and Mark Hughes, I found myself prodded to think about commercial liaisons in the sport. Ken Purdy's many conversations with Sir Stirling Moss, set down in All But My Life, gave me an insight into the mind of one of the most thorough gentlemen in motorsport, and the haunting experience of reading Richard Williams The Death Of Ayrton Senna will never leave me. 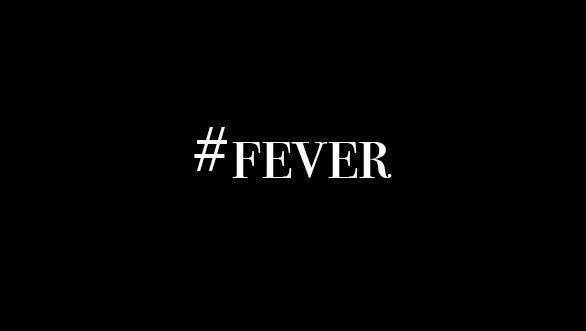 It's perhaps for this reason that I found myself no longer looking up to just the racers that I admired. Instead I found myself drawn deeper into the world of motorsport writing. I wondered if, someday, I'd get to stand at the far corner of a racetrack somewhere, and come back and narrate the story of my experiences. Indeed, it's strange the sort of influence that a person you've never met can have on you.

This sentiment is something that I've been feeling all the more acutely over the last few days. On the 8th of March, 2018, I woke up to the tragic news of Henry Hope-Frost's demise in a motorcycle accident. Henry Hope-Frost was an accomplished individual, well known for his encyclopedic knowledge of all things motorsport. But more than that, he was known for a pure, undying love for the sport that made him so endearing to everyone he came into contact with. In fact, so infectious was his enthusiasm, that it came through in every article that he wrote, and it brimmed forth over the PA system at the Goodwood Festival of Speed, where his energetic commentary could be heard across the grounds. It was well worth listening to - informative and entertaining all at once. But what struck a chord with me, more than anything else, were those racecar drawings that he'd post on Twitter fairly regularly. They were representative of an almost childlike love for motorsport. A sign that despite his proximity to the sport for so many years, he was in no way jaded. Indeed, if a few days went by with no sign of a drawing (they sometimes got lost in the many Tweets that flooded my feed) I'd make it a point to visit his profile, look at the latest little sketch for his "little friend" and have a little laugh about it all. It was the sort of stuff that warmed the cockles. Every single time. Those drawings served as a reminder to me to be enthusiastic, not just about motorsport, but about life itself. Which is why as I type this I have tears in my eyes. Henry Hope-Frost's untimely death is a tragedy in the truest sense of the word.

The outpouring of grief not only from people within the motorsport community, but also from fans around the world demonstrate that his love and enthusiasm for motorsport - that famous Henry Hope-Frost "fever" - had travelled far and wide. So far and wide that even someone like me, who never had the privilege of meeting him, feels a sense of loss at his passing. It's a downright shame that we'll never see another one of those drawings. And the thought that 'the voice of Goodwood', as he was popularly known, has fallen silent forever makes me very, very sad. My heart goes out to his family and friends, and most of all to his wife and three sons who are dealing with this unimaginable loss.

I spent much of the last few days walking around with words from a WH Auden poem stuck in my head.

"Pack up the moon and dismantle the sun,
Pour away the ocean and sweep up the wood;
For nothing now can ever come to any good."

And while I feel that these words, though grim, are apt given the situation, I can't help but also believe that packing up the moon and dismantling the sun wasn't really the HHF way. There was too much energy in him for all that. Perhaps the best way to honour the life of such a fine motorsport gentleman is to forever stand by what he believed in. Thank you for everything Mr Hope-Frost. We'll try to keep the fever going.

A Just Giving page has been set up to benefit Henry Hope-Frost's family. Click here if you would like to contribute.