Gaurav Jani, a well-known name in the world of motorcycling, passed away on May 24 due to multiple organ failures because of an infection not related to COVID-19. Gaurav, who was a one-man team, made two films - Riding Solo to the Top of the World in 2006 and One Crazy Ride in 2009. The former won the Best Non-Feature Film category at the 53rd National Film Awards along with several other national and international accolades. 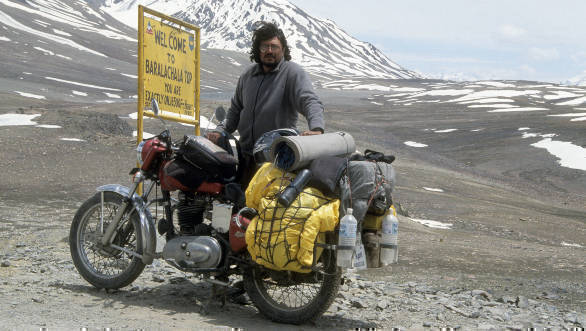 Riding Solo to the Top covered Gaurav's solo journey from Mumbai to Changthang Plateau in Ladakh, one of the remotest locations of the country that borders China. He did this riding a Royal Enfield Bullet 350, carrying luggage as well as filming equipment. His second film, One Crazy Ride too amassed many awards at various national and international film festivals. For this feature, Gaurav teamed up with four more bikers and set off on a journey to explore the unseen side of Arunachal Pradesh riding from Guwahati. Gaurav was also the founder of the famous riding group called 60kph, Motorcycle Travel Club India.

Gaurav Jani was known for his unique film-making skills which did not include scripting and planning but instead covering the natural aspect of a motorcycle journey. He had also worked with Ram Gopal Varma as an Assistant Director.

Team OVERDRIVE wishes all the courage and strength to the family of Gaurav Jani.