The all-new Toyota Innova Crysta is expected to reach showrooms sometime in May 2016. Ahead of it's official launch, the Innova Crysta's brochure has been leaked online.

According to the leaked brochure, the Innova Crysta will come equipped with class-leading features like LED projector headlamps, automatic climate control and an eight way electrically adjustable driver's seat. On the crucial safety front, it will get 7 SRS airbags with vehicle stability control and hill-start assist control. Additionally, there's a push start button and a 7-inch touchscreen audio with navigation. From the brochure, it's not clear if all trims or just the top trims will come equipped with these features. 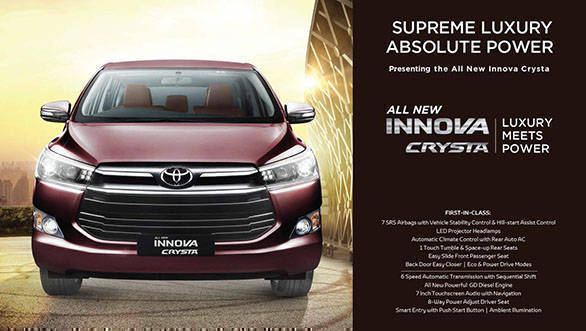 Toyota had unveiled the Innova Crysta at the Auto Expo 2016. It is based on the TNGA (Toyota New Global Architecture) and gets an all-new 2.4-litre diesel engine. Toyota will offer the Innova Crysta with the option of a 5-speed manual and a 6-speed automatic transmission. In comparison to the outgoing model, the Innova Crysta is 65mm wider and 35mm taller but it's length is 50mm shorter. 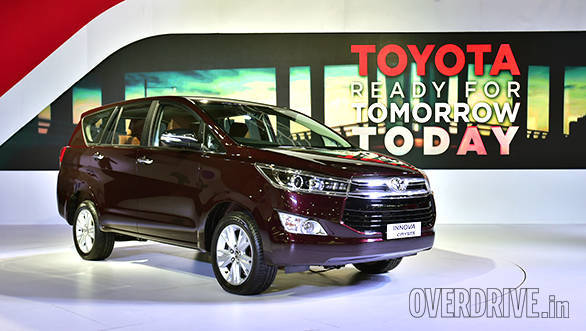 Toyota has already discontinued the current generation Innova and it's showrooms are accepting bookings for the Innova Crysta. We expect it to be priced between Rs 15 lakh to Rs 21 lakh.