The next-generation Mercedes-Benz CLS coupe has been teased just before it is officially unveiled at the upcoming 2017 Los Angeles Auto Show. The 2018 Mercedes-Benz CLS receives design updates to its exterior, as well as a set of new six-cylinder petrol and diesel engines. The new CLS coupe, which is a more luxurious coupe version of the popular Mercedes-Benz E-Class, will now be available with a five-seater configuration due to demand for the same from customers. The teaser image released by Mercedes-Benz of the new CLS coupe gives away just the front fascia, but the car has been spied testing earlier as well. After its debut on November 27, the Mercedes-Benz CLS is expected to go on sale later this year in the US, and should reach India subsequently as well. 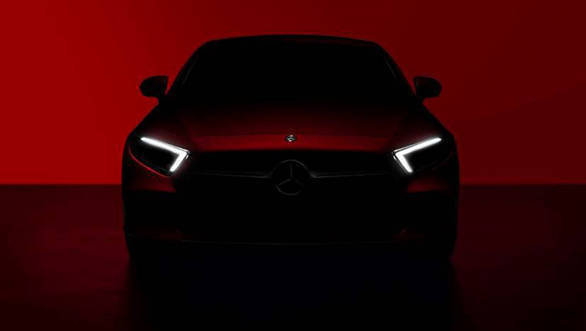 The new CLS teaser images shows the all-new headlamp design with boomerang-shaped LED DRLs surrounding the lamp, which is more in tune with other recent Mercedes-Benz models. The design of the diamond front grille with a single chrome slat carries forward from the current generation CLS with a slight update. We also have more details from the spy shots from earlier this year. From the side, the roof line becomes even more swoopy, with updated front and rear overhangs and new taillamps as well. 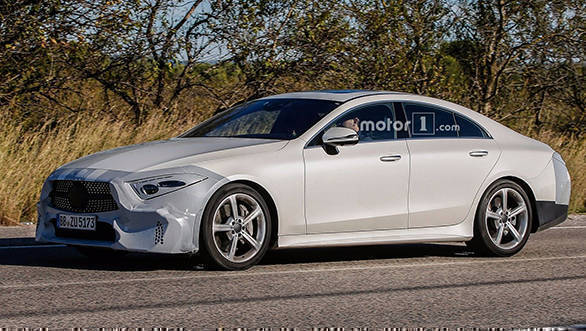 The next-generation CLS is expected to be powered by new inline-six cylinder petrol and diesel engines as well as a turbocharged four-cylinder petrol on the entry-level models. However, this time around, the CLS will not get a flagship CLS 63 AMG version. Instead, there are rumours of a new performance version carrying the Mercedes-Benz CLS 53 badge. However, we will have to wait until November 27 to find out more on this.