Caterham is set to unleash its fiercest Seven yet at the Goodwood Festival of Speed being held in the United Kingdom.The Caterham Seven 620R is being pitched by the company as its fastest Seven yet, clocking 0-100 kmph in just under 3 seconds.

The Caterham Seven has been around for 40 years now. The Caterham Seven 620R is a lightweight high-performance model that replaces the Superlight R500. Power comes from a supercharged 2.0-litre Ford Duratec engine that develops 310PS. Top speed is claimed to be around 250kmph. 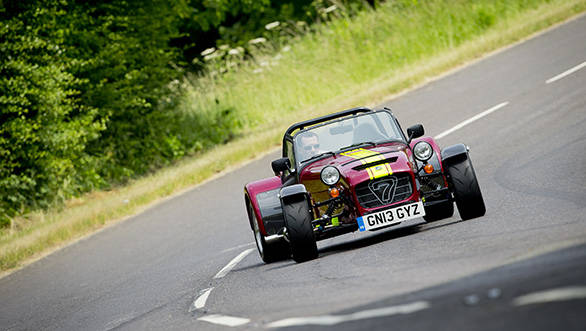 Unique to the new Seven are features such as the gunmetal chassis, an air-flow optimised nose cone and a race-developed cooling package. The De Dion rear suspension and a wide-track front suspension units are complemented by high-performance dampers all round, while the car sits on lightweight 13" alloy wheels fitted with track-inspired Avon ZZR tyres.

Inside, the 620R gets bespoke switchgear and instruments, carbon-fibre trim and race seats and a Q/R steering wheel. 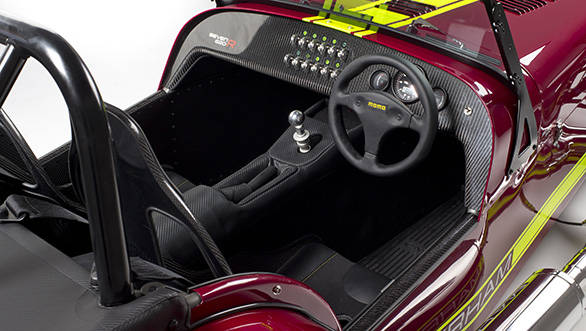 "The 620R is the most hardcore production Seven ever built for the road. The R500 claimed its place in motoring history as a benchmark for lightweight sportscar performance, but this new vehicle pushes the boundaries even further. While I wouldn't necessarily recommend this car for those inexperienced in driving Caterhams, we always ensure that even our fastest cars retain the manageable delivery of power that makes them accessible, despite the daunting statistics," said Graham Macdonald, CEO, Caterham Cars. 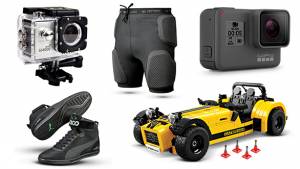