John Surtees has died at the age of 83. Surtees' accomplishments in the world of motorsport are legendary. After all, he was the only racer in history to have become world champion on both two wheels and four. His Formula 1 world championship title came in 1964, when he took home the crown by a single point for Ferrari. Before that, though, Surtees had already been motorcycle world champion in the 500cc category four times (1956, 1958, 1959, 1960) for MV Agusta. He had also won the championship in the 350cc category thrice (1958, 1959, 1960). And had claimed victory at the Senior TT at the Isle of Man four times. 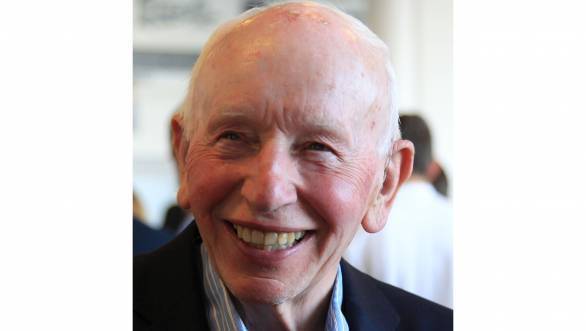 Surtees' motorsport career progressed very quickly from the time back in 1955, when he was given his first factory ride by the Norton team. He ended his debut season, having bested team-mate and reigning champion Geoff Duke at two events - Silverstone and Brands Hatch. However, when it was unclear what course the Norton team would take in the following season, Surtees signed with MV Agusta - a relationship that worked very well and led to many accolades for both. It was during his time at the Italian team that he earned the nickname figlio del vento or 'son of the wind'. 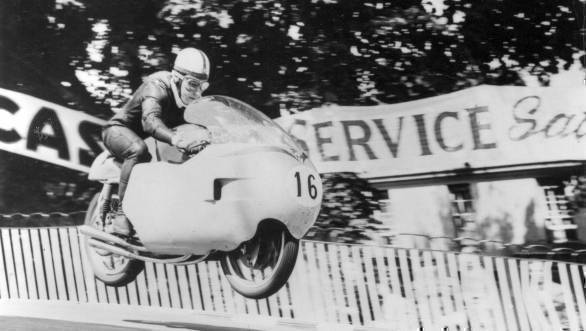 John Surtees at the Isle of Man TT. He won the Senior TT four times, becoming the first man to win the race's premier class thrice in a row

Surtees made the switch to racing cars full time in 1960, and he impressed immediately. In only his second race for Team Lotus, the British Grand Prix, Surtees finished second. He followed this up with pole at his third ever F1 race, the Portuguese Grand Prix. In the 1961 season, Surtees drove a Cooper T53 for the Yeoman Credit Racing Team, while in 1962 he drove a V8 Lola Mk4 for the Bowmaker Racing Team. The switch to Ferrari was made in 1963, with the championship title being secured for the Scuderia in 1964. Following a tiff with Ferrari manager Eugenio Dragoni, Surtees quit the team in 1966. 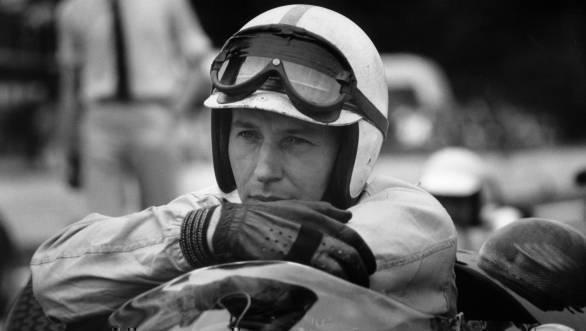 Surtees was Formula 1 world champion for Ferrari in 1964

His interest in motorsport, however, went beyond just racing. Surtees had a deep interest in the workings of race machines, and the the running of race teams. It was this interest that led to the founding of the Surtees Racing Organisation, which competed in Formula 1, Formula 2, the CanAm Series (winning the title in their first year of competition) and Formula 5000.

In 2009, after the death of his son Henry in a freak Formula 2 accident, Surtees set up the Henry Surtees Foundation that aims to train medical professionals and youngsters to provide better accident care.

Surtees is survived by his wife Jane, and his daughters Leonara and Edwina.