Suzuki has finally confirmed that young Moto2 racer Joan Mir will be their second rider for the 2019 and 2020 MotoGP seasons. Mir had been pursued by other factory teams, Ducati and Honda, as well. Speculation as to which team Mir would end riding for had been rife until this announcement. Last month, Honda had bowed out of the competition after it had let its option for Mir lapse, while Ducati subsequently announced that Danilo Petrucci would replace Jorge Lorenzo at the end of 2018. Mir replaces Andrea Iannone at the Team Suzuki Ecstar. Iannone has an announcement of his own, too. He will ride for the Aprilia team after 2018. To see who rides with which team for the 2019 season, read this. 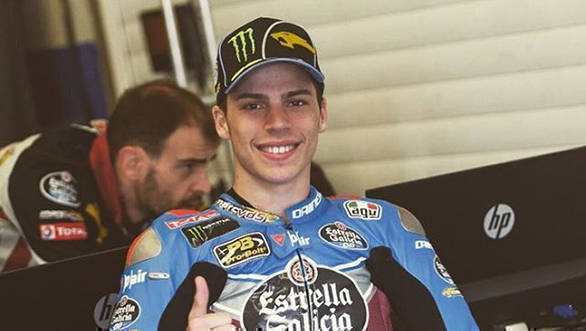 Mir partners Alex Rins, who made his MotoGP debut with Suzuki in 2017. The 20-year-old Spaniard only made his Grand Prix debut two years ago in the Moto3 class in 2016 and won the 2017 championship therein. Mir moved to Moto2 for 2018, and will now join the premier class next year. Suzuki has shown its seriousness about the 'young rider' philosophy with this move.

About the announcement, Suzuki MotoGP project leader Shinichi Sahara said they want to see Mir grow, and also watch him grow the GSX-RR race bike and the team with him. Their aim to catch riders early and grow the racing team around them. 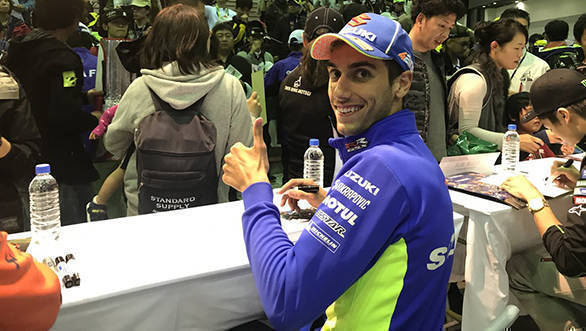 Meanwhile, Mir's predecessor Andrea Iannone will make the switch from Suzuki to Aprilia for the 2019 season. The 28-year-old will ride alongside Aleix Espargaro for the Italian factory racing team. This seals all the twelve slots on factory racing teams on the 2019 MotoGP grid. Iannone announced his two-year contract with Aprilia soon after Suzuki confirmed that they were not renewing his contract after his second season with Suzuki ends in 2018.

The Italian had won races with his previous team Ducati, but the podium finishes for Suzuki early this season were not enough for a renewal. The Japanese team wants to focus on building younger riders and their team. Iannone's arrival is a point of excitement for Aprilia Racing team manager Romano Albesiano as he believes the rider will spurn better development for the team's RS-GP race bike.

Iannone's announcement is also a cause for concern for Scott Redding, who he replaces at Aprilia. Redding is without a slot for 2019 at the moment, and unless a satellite team takes him on board, he faces the risk of sitting out of the next season.