Repsol Honda's Marc Marquez took a stunning victory at the Circuito De Jerez-Angel Nieto, Spain, the fourth Round of the 2019 MotoGP World Championship. The Spaniard was in his element as he crossed the line over 1.6s ahead of the hard-charging Alex Rins (Team Suzuki Ecstar). The win was crucial for Marquez after crashing out of the previous round at the Circuit of the Americas. 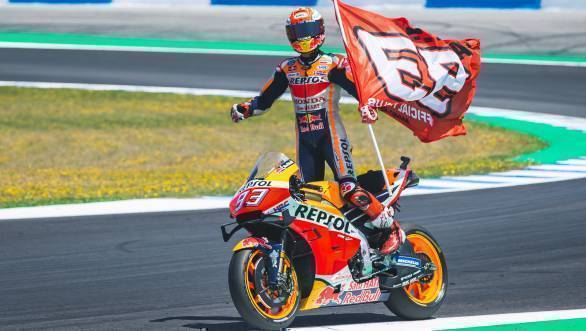 As the lights went out, Marquez made a brilliant start, overtaking MotoGP's youngest-ever pole sitter, Fabio Quartararo (Petronas Yamaha SRT) and his teammate Franco Morbidelli on lap one. From then on, there was no looking back. Quartararo and Morbidelli kept Marquez honest during the initial laps, staying close and maintaining pressure on Marquez. By lap 10, however, Marquez decided to pick up the pace and managed to create a big gap between him and the chasing pack. 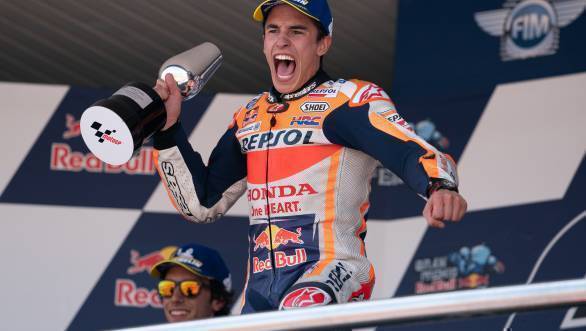 Over the next few laps, disaster struck the Petronas Yamaha SRT team as Quartararo retired following a gearbox issue. Morbidelli too fell into the clutches of Team Suzuki Ecstars' Alex Rins. Monster Yamaha's Maverick Vinales also got past Morbidelli, and, along with Rins, tried to close the gap to Marquez. By this time, Marquez was in a comfortable space and all he did was maintain a rhythm until the chequered flag was out. 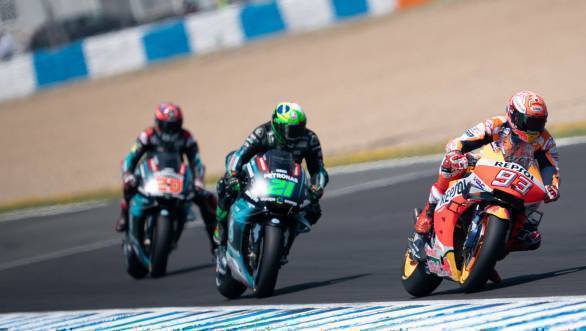 Andrea Dovizioso made a late charge in the closing laps, mounting a serious attack on Maverick Vinales, who somehow managed to stay ahead of the Italian.

Valentino Rossi (Monster Yamaha) tried to make the most of the race, after a horrible qualifying session. He crossed the line in P6.

Marc Marquez leads the 2019 MotoGP World Championship by a single point over Alex Rins. Andrea Dovizioso stands third. The next round will be held on May 19 at Le Mans, France.