Marc Marquez took a fine win at the 2019 Thai GP, allowing him to claim the 2019 MotoGP championship title. This is the Spaniard's sixth premier class title, which means he moves up ahead of Mick Doohan in the all-time list. It is also Marquez's eighth world championship title - he won the 125cc title in 2010 and the Moto2 title in 2012. Since he graduated to MotoGP, Marquez has won the title every year except for 2015. 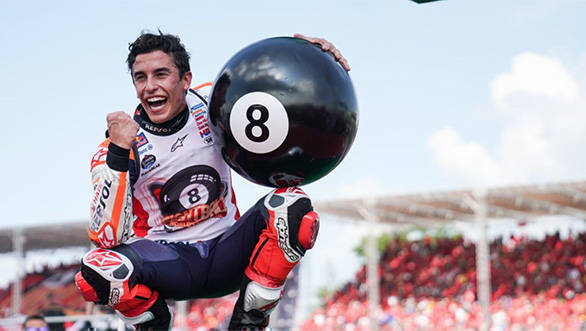 Over the course of the 2019 season, Marquez has taken a total of nine wins, and has finished second five times. His title win comes with four races left in the season.

At the 2019 Thai GP, Marquez started on the front row of the grid, and quickly began to hunt down race leader Fabio Quartararo. It was a race-long battle, which saw the pair trade fastest laps, and also saw Marquez stalking the Frenchman, waiting for his opportunity to strike. That chance came on the final lap, with the race being won, ultimately on the final corner. 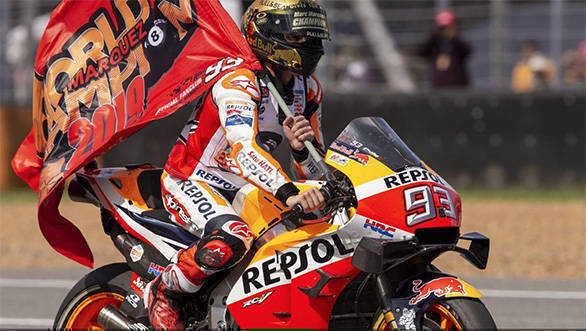 This is Marquez's sixth premier class title, and his fourth MotoGP championship in a row.

Marquez's 2019 title win sees him now third in the list of most MotoGP titles, with six titles. Valentino Rossi - with seven titles, and Giacomo Agostini - with eight titles, are ahead of him. 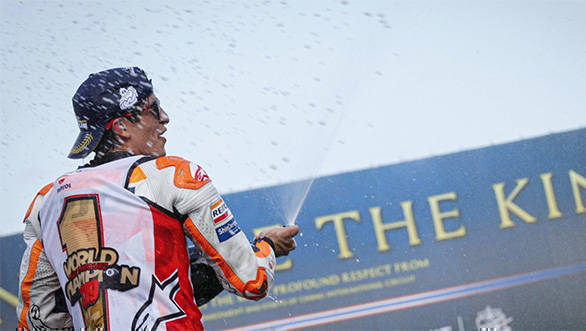 The fact that Marquez now has a total of eight world championship titles, means he is fourth in the list of all-time world championship winners. Rossi, Mike Hailwood and Carlo Ubbiali have nine titles each, while Angel Nieto has 13, and Agostini has 15 titles.