Marc Marquez took an unbelievable eighth win in a row at the Sachsenring. The Spanish rider, who races for the Repsol Honda team, has now won at the Sachsenring for five years in a row in the MotoGP class, and the preceding three years in the lower categories of the GP motorcycle racing. 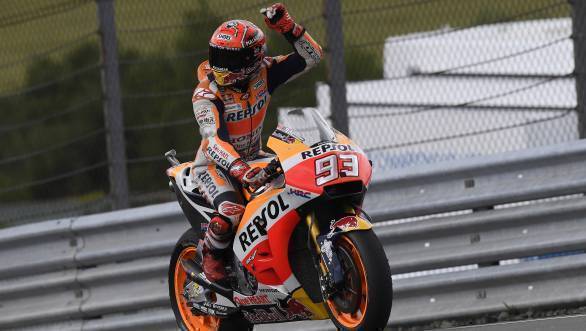 Marc Marquez celebrates his win at the Sachsenring

And while Marquez's achievements were certainly in the spotlight at Sachsenring, there was another rider who came very close to stealing the Spaniard's thunder. This was German rider Jonas Folger. The home hero finished the race second, having led for some distance on his Monster Tech 3 Yamaha. Third place went to Marquez's Repsol Honda team-mate, Dani Pedrosa. 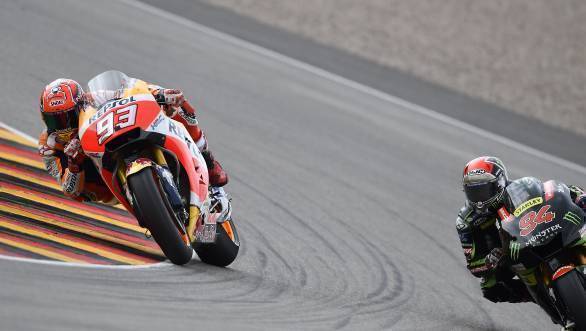 Finishing three seconds off the podium was Maverick Vinales on his Movistar Yamaha M1, having started the race in eleventh position. Valentino Rossi, who won the last round of the championship - the DutchGP, took fifth place. Alvaro Bautista, astride the Aspar Ducati took sixth place. 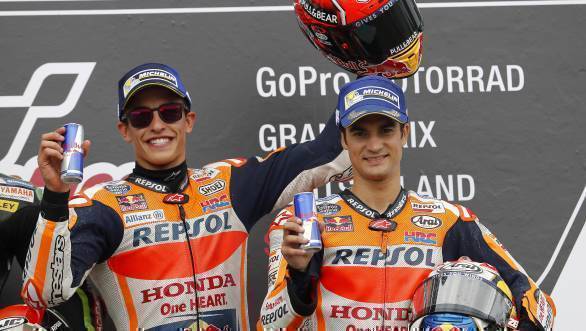 The lead in the MotoGP championship now goes to Marc Marquez, who has a five point advantage over Vinales. Andrea Dovizioso, who took two wins earlier this season, is a point adrift of the Yamaha rider, while Valentino Rossi trails him by four points.