Mitsubishi to launch the Mirage and Attrage in India in 2016

Mitsubishi is a name in India that isn't synonymous with small cars. However,  come 2016, that perception of the Japanese manufacturer is set to change. At the launch of the Pajero Sport automatic, Mitsubishi confirmed that it has big plans for the Indian market post the end of its contract with Hindustan Motors in 2015. Mitsubishi said that it plans to bring in new SUVs next year while its bread and butter models will come in starting 2016. While the names of the SUVs weren't disclosed, Mitsubishi did reveal the names of the other smaller models - the Attrage and the Mirage. 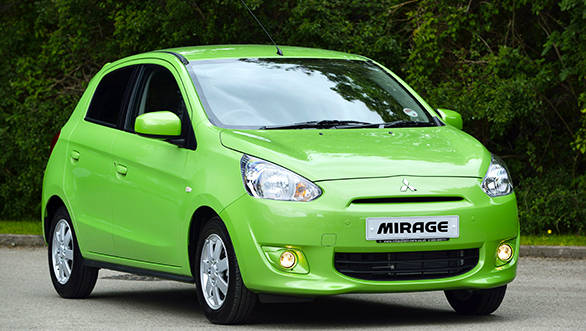 Erm. . . we're hoping for a wider range of colours for the hatchback. Although this green (if it comes to India) might just make it easier to spot it in a crowded parking lot 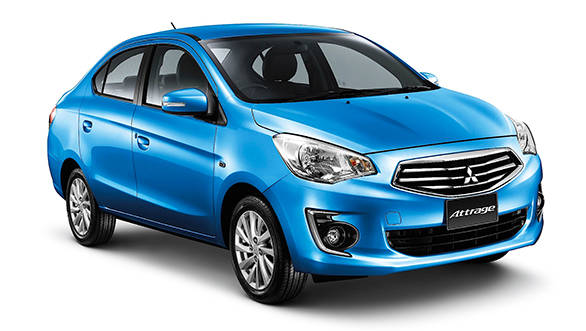 We had reported earlier that Mitsubishi will be bringing in these cars to the Indian car market in 2015. However, it is now understood that the launch has been deferred till 2016. The Mirage is a hatchback which measures less than 4m in length and it will compete with the likes of the Nissan Micra, Maruti Swift and Hyundai Grand i10. The Attrage is the booted version and measures more than 4m in length. It will compete with the Sunny, Scala and Etios. 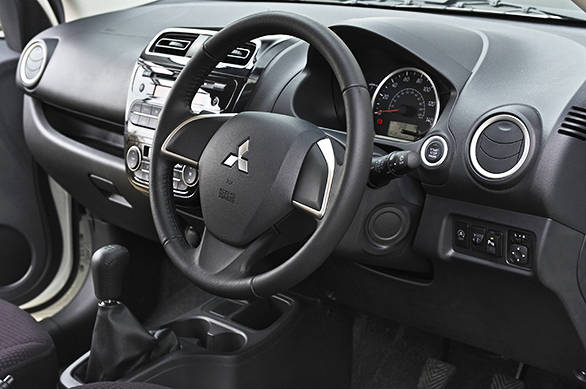 The all-black theme lends a sporty feel to the interiors

Mitsubishi is expected to launch the Mirage and Attrage with a 1.2l petrol motor tuned to make 78PS of power and 100Nm of torque. A five-speed manual transmission will be standard while the company may also offer automatic as a option. There is also the probability of a diesel motor later in the pipeline. 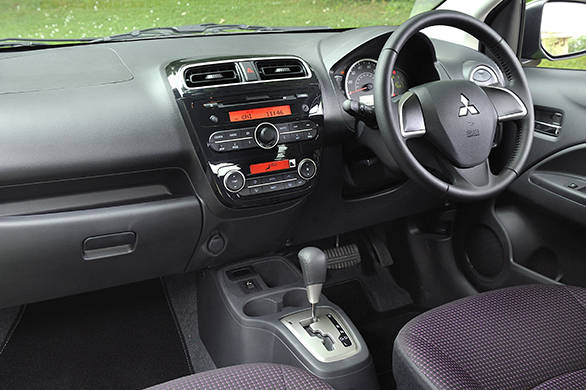 The CVT gearbox could be an option in India

After its contract with Hindustan Motors ends, Mitsubishi will make Tamil Nadu its manufacturing hub where both the Mirage and Attrage will be manufactured. The company also plans to expand its dealer network in India by the end of 2015. However, looking at how the goal posts have moved with advancements in the hatchback and sedan segment in India since Mitsubishi announced its plans, the Japanese company may be swimming against the tide. 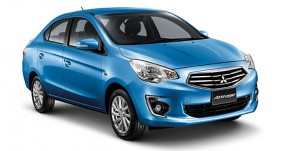