Stage 3 of the 2017 Merzouga Rally came to an end yesterday. It was divided into two sections -- the first one covered around 112km while the second one, after CP1, ran around 63km. Making things quite challenging for the riders yesterday was a sandstorm which lasted around half an hour during the second half of the stage. 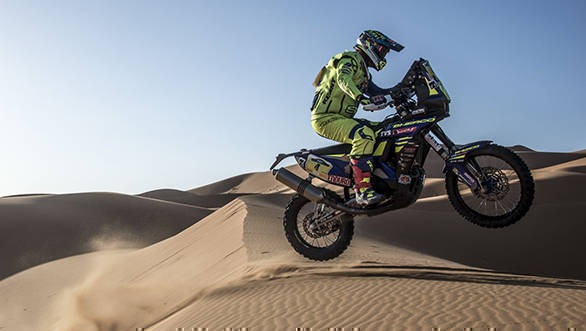