Regular readers of OVERDRIVE must be aware that Mercedes-Benz has been busy changing the nomenclature for their car models, with the most recent example being the GLE. Let us now turn our attention to the roadster range from the three-pointed star. They will now wear the SL badge, while a third letter will denote the level of technology used under the bodywork. While the range-topping SL will only stick to these two letters for now, the SLK has been renamed to SLC as it borrows plenty of tech from the C-Class. 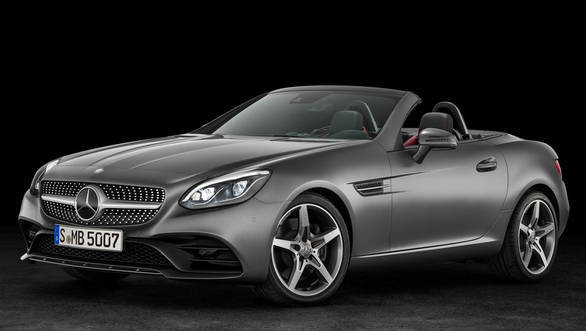 The 2016 Mercedes-Benz SLC300 gets revised headlights and taillights 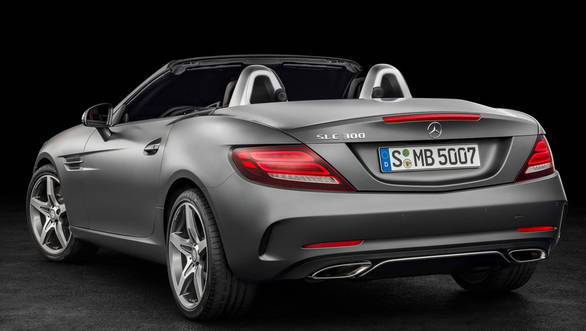 The new SLC though, isn't an all-new car, but a mid-life makeover of the current SLK sold to us. What it gets therefore is a mild facelift that comprises of new bumpers, revised taillights, redesigned headlights with optional all-LED headlamps, a diamond grille like the GT, new interior trim, a few nips and tucks to the instrumentation and switchgear and the latest COMAND infotainment system with a new 7-inch screen that replaces the older 5.8-incher. 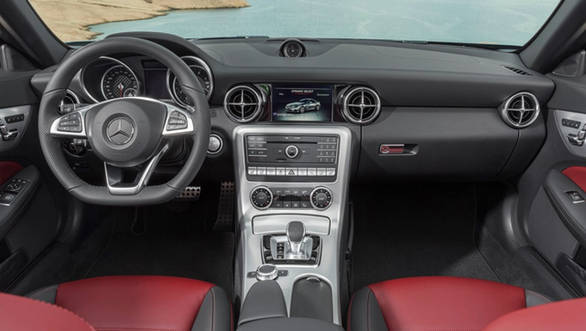 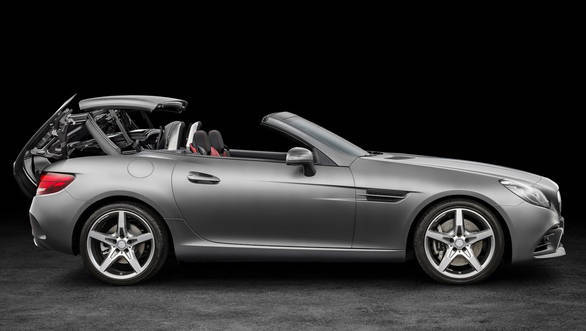 The more hardcore version comes from Afflaterbach in the form of the SLC43 AMG. The '43' denotes a more improved version of the 3.0-litre V6 bi-turbo petrol from AMG and claims to run updated software and more boost for better efficiency. The output figures for this engine remain unchanged though compared to the SL450 which uses the same engine with the older tune. It produces 362PS of power 5,500rpm and 520Nm of twist at a mere 2,000 revs. The requisite AMG badges, scoops and trim make their presence evident. 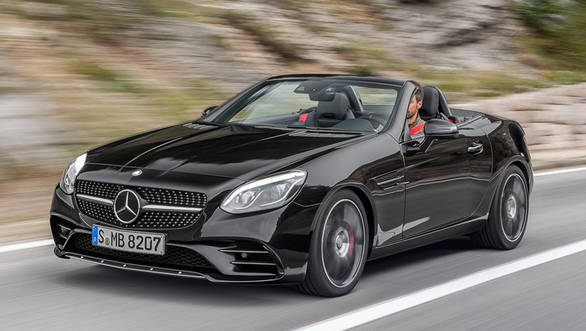 The AMG variant now uses a 3.0-litre biturbo V6 instead of the 5.5-litre V8 that powered the outgoing model

There no word yet on the replacement of the SLK350 sold to us, but it shall be unveiled in due course. Both, the SLC300 and the SLC43 AMG go on sale in early 2016 in the international markets and we expect the SLC to come to the Indian shores by mid- or late next year. 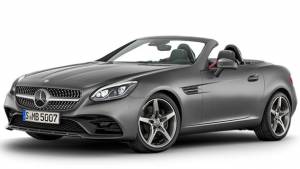