Not so long back we got news that Audi India had recorded sales of more than 10,000 units in 2014 and now Mercedes has issued a press release stating that it too has sold more than 10k cars. While Audi registered the number in November, Mercedes used the entire 12 months to cover 10,000 plus units. Mercedes says that it has achieved a 13 per cent growth compared to last year and that 2014 was its best year as far as launches and sales numbers were concerned. The company launched 10 new cars in India in 2014 and inaugurated around 12 sales outlets. Mercedes also opened a pre-owned luxury car sales outlet called Mercedes-Benz Certified in India in December 2014. 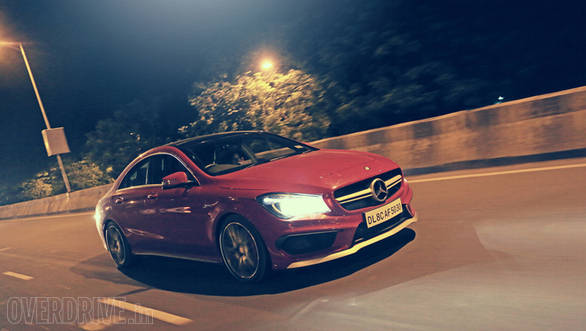 Eberhard Kern, MD and CEO of MBIL said,  "In 2014 we witnessed a strong demand growth for our products, leading to long waitlist on some of the key products, which eventually limited our total sales numbers. Our aggressive product strategy saw 10 new launches, coupled with our strategic network expansion strategy which witnessed a record 14 new outlets inaugurated. Also, the fastest expansion of the AMG Performance Centre in three cities in three days ensured we kept our patrons excited and fascinated with the brand through the year. Our industry best service packages combined with value added finance programmes from Mercedes-Benz Financial enabled us to create high satisfaction in the vehicle ownership and purchase experience."

In 2015, Mercedes-Benz will launch the CLA sedan, E400 Cabriolet and many other models. 2015 promises to be an equally exciting year for the company and us petrolheads too.