Mercedes-Benz has announced that the SLK55 AMG will be launched in India on December 2. The SLK55 AMG is basically the high-performance version of the SLK hardtop convertible. The "55" here stands for the 5.5-litre naturally aspirated V8 engine that churns out 421PS power and 540Nm of peak torque. 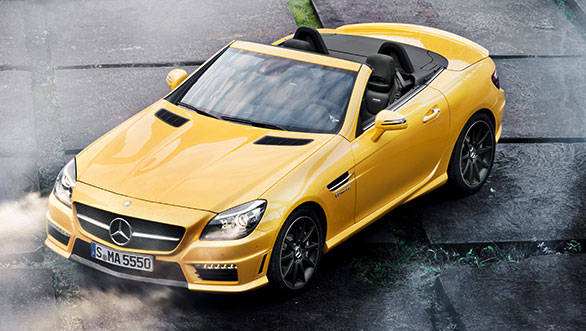 Visually, the AMG gets restyled front and rear bumpers, side skirts, the mesh grile, 18-inch redesigned AMG alloys and the AMG sports exhaust

It is well-known that AMG is Mercedes-Benz's official performance arm popular for taking the German automaker's already powerful machines and pushing them up a few notches to the  extreme territory. In the past couple of years, Mercedes India has launched a number of souped-up AMGs in India, namely the C 63, E 63, SLS coupe and cabriolet and G 63 off-roader. In India, the SLK55 AMG is expected to take on the likes of the Porsche Cayman S, the Jaguar and the Audi. We can expect it to be priced around the Rs 1.3-1.4 crore mark. 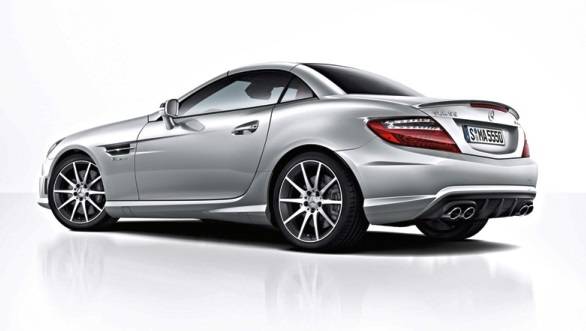 As with all AMG models, the roadster, which boasts a retractable hardtop, also sports wider fenders, a lower stance, quad tailpipes and enlarged air intakes. This RWD also gets the AMG Speedshift 7G-Tronic Plus automatic. Being a roadster, it will get a typical long front end and the two passenger seats placed closer to the rear-axle.

It covers 0-100kmph in a claimed 4.6 seconds, while the top speed is electronically capped to 250kmph. Efficiency numbers are claimed at 11.89kmpl according to the UK driving cycle while emissions stand at 195 g/km. There are three transmission modes, namely Controlled Efficiency, Sport and Manual. Other mechanicals include AMG sport suspension, performance oriented Torque Vectoring Brake and AMG Direct-Steer system. 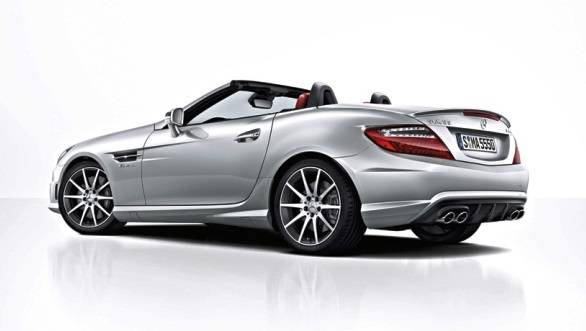 Visually, the AMG gets restyled front and rear bumpers, side skirts, the mesh grile, 18-inch redesigned AMG alloys and the AMG sports exhaust. The interiors get a start/stop button, aluminium and carbonfibre inserts and abundant Nappa leather on the upholstery. 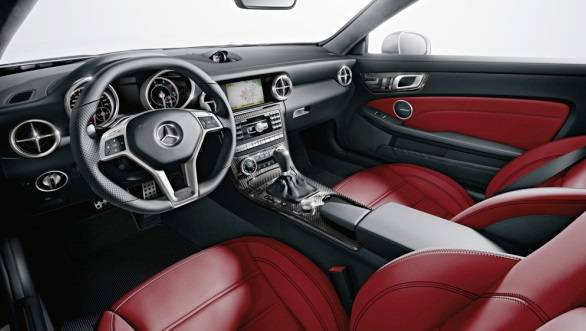 The interiors get a start/stop button, aluminium and carbonfibre inserts and abundant Nappa leather on the upholstery

Official details will be out at the launch. Watch the video here.