Mercedes-Benz India is planning to introduce electric vehicles as well as plug-in hybrid models by 2018. According to a PTI report, the luxury carmaker intends to introduce their alternate fuel model range in India before the stricter emission norms come into effect. The government of India intends to implement BS-VI emission norms by April 2020 and is taking various measures for the same.

Mercedes-Benz is likely to have taken this decision to also avail of the benefits being offered by the Indian government under the FAME (Faster Adoption and Manufacturing of Hybrid and Electric vehicles) scheme.  It is a part of the National Electric Mobility Mission Plan and was announced in 2015. 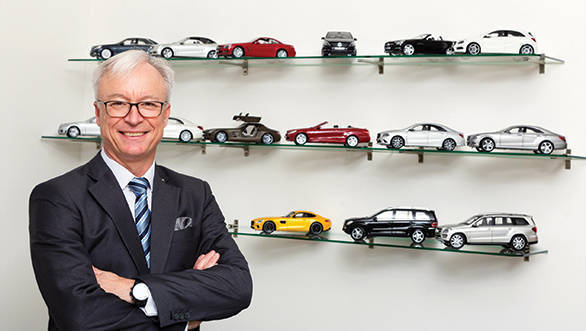 Under the FAME scheme, manufacturers get certain incentives from the government in the form of a lower cost of purchase on electric and hybrid vehicles. For example, at launch, the Maruti Ciaz SHVS was priced lower than the diesel version owing to FAME scheme incentives.

Nitin Gadkari, minister of road transport and highways has said that he wants to electrify most of the vehicles sold in the country. Urging the OEM's for co-operation he has stated that by manufacturing in bulk not only will they get more incentives but also the costs will decrease.

In an interview with PTI, Roland Folger, managing director and chief executive officer of Mercedes-Benz India, said, "We can easily meet the BS-VI requirements. All we need is around a year to make the changes. And we can bring in models with alternative drive trains including plug-in hybrids and full electric vehicles from our global portfolio. We already have one of the widest ranges of such models globally."

"We have our cars ready but we need support and time from the government. We will be BS-VI compatible by 2018 itself," he further added. Folger stated that the introduction of BS-VI emission norms will give Mercedes-Benz India the early bird advantage.

Under the National Electric Mobility Mission Plan, the government intends to have around 5-6 million electric vehicles operating on our public roads by 2020. In FY 2015-16, electric vehicle sales reached 22,000 in India and grew 37.5 per cent over the corresponding period last year.